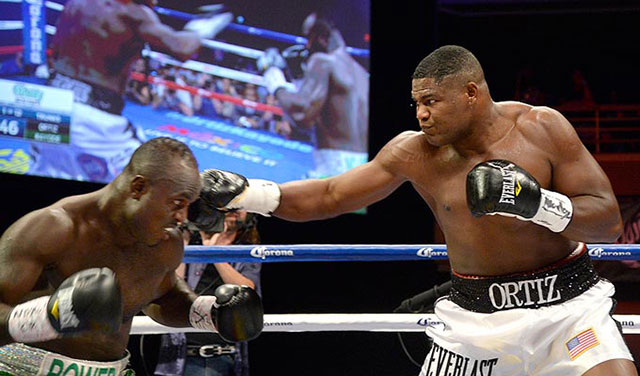 Lopez must retire, while Ortiz marches on, writes Matt Christie

CUBAN Luis Ortiz proved that Lateef Kayode does not belong in the heavyweight division when he stopped the Nigerian inside three minutes at the Hard Rock Hotel and Casino in Las Vegas. Kayode, a natural cruiserweight without any real form in the land of the giants, was decked in the opening moments and then, while under rapid fire, rescued by referee Robert Byrd with five seconds remaining in the opening round.

“The first knockdown was a slip,” said a distraught Kayode before explaining his view on the finish. “I was blocking a punch and just coming off the ropes with a right hand. It was an unfair stoppage. You don’t stop a title fight until someone goes down.”

Although he did launch desperation punches at the time of the stoppage, looked out on his feet when the referee made his decision. Ortiz, 35, claimed the needless WBA Interim trinket but his claim on the world title should be ignored when one considers undisputed division leader Wladimir Klitschko and even Ruslan Chagaev hold belts with the greedy organisation.

“I just followed my corner’s instructions to pressure him and to be victorious,” said Ortiz afterwards. “They also told me to pay attention and wait for the moments, and the knockout would come.”

In another WBA Interim fight, featherweight Jesus Cuellar confirmed that the once-fearsome Juan Manuel Lopez is shot. The Puerto Rican was volleyed into defeat in round two by a sickening three-punch combination. Lopez – a former two-weight WBO champion – lacked timing and punch resistance, and all but announced his retirement once he had regained his senses.

“This is over,” he said. “I’m going to go back to Puerto Rico and talk to my family but it seems like this is it. Cuellar is a good champion, powerful and young. Just like I used to be.”

Lopez lost his last bout inside three rounds and has been showing signs of deterioration for years. He should not have been allowed anywhere near a ‘title’ fight.