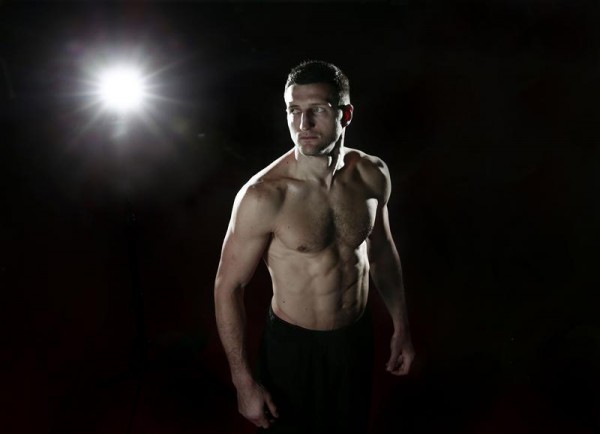 AN injury to his back forced Lucien Bute had to withdraw from his December 6 light-heavyweight contest with Roberto Bolonti (Jean Pascal stepped in to fill the breach). The former super-middleweight champion and Carl Froch opponent is focused on getting back to full fitness. “I’ll take the time off to get back in shape. This injury held me back, I’m disappointed but it’s what happens,” Bute told Boxing News.

He had linked up with new trainer Freddie Roach. “Training camp was good, except the fact I suffered this injury in the last sparring session,” he sighed. “It’s more disappointment, not frustration, because I was looking forward to this fight.”

With Adonis Stevenson, the WBC champion, and Jean Pascal both based in Canada like Bute, a major fight could be waiting for him down the line. “I know it’s going to be a big fight with either one so I’m just looking forward to seeing if a fight can be made,” he said. “But I can’t talk about a fight if I’m not 100 per cent.”

He has watched former foe Carl Froch’s progression to the top of the sport. “He seems to be getting better every fight. He seems very confident in his own strengths. I think at 168lbs he can beat anybody at this moment.”

Maybe even the last man to defeat Froch, America’s excellent Andre Ward. Bute said, “Two years with no fight [Ward fought once in 2013 and once in 2012], I don’t know what’s happened with him. Froch is active, in good shape, a very strong guy, very confident. It’s a different Froch now to when he lost to Andre Ward.”