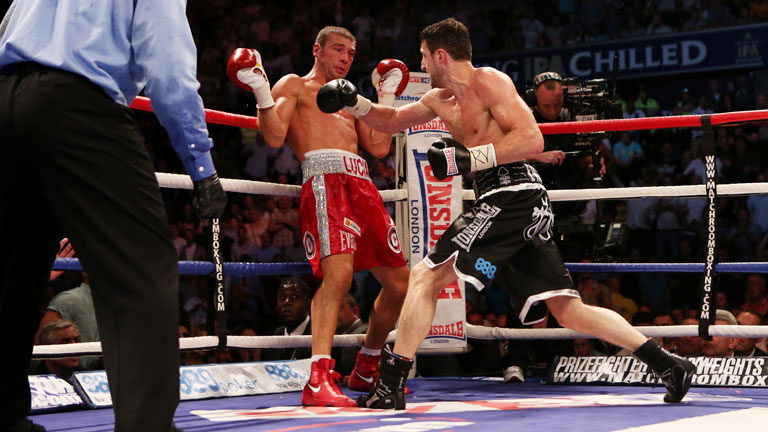 Editor Matt Christie spoke to Lucian Bute ahead of his November 28 challenge to James DeGale in this week’s issue of Boxing News.

THE last time Lucian Bute was in Britain he took a savage hiding at the hands of hometown hero Carl Froch in Nottingham. Belatedly rescued by the referee after being volleyed into oblivion, Bute slumped against the ropes, his IBF super-middleweight title gone, and attempted to gather his senses.
It would take the best part of three years.

“It took a long time to get over that,” Bute admits today. “It was difficult. It was my first loss, and I lost my belt and I’ve had doubts and injuries over the last three years. Before my last fight I took a break of 18 months. I was thinking a lot during that time. Now I feel good, I feel healthy. I have a new team and a new trainer. It will be okay, and I’m okay.”