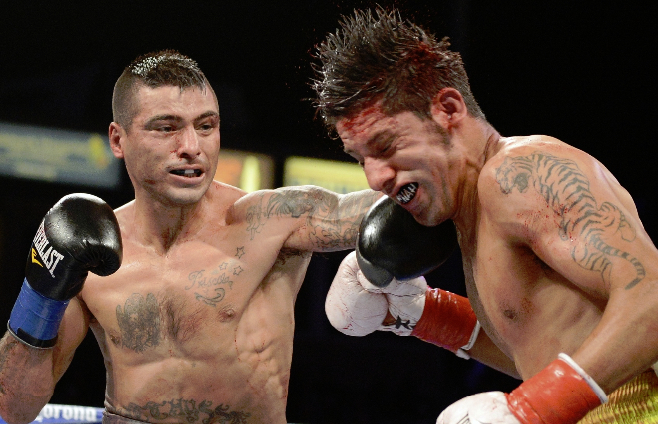 LUCAS MATTHYSSE will fight Viktor Postol for the vacant WBC world light-welterweight title at the StubHub Center in Carson, California on October 3.

The belt was vacated by Danny Garcia earlier in the year and this will be Matthysse’s second crack at it, having failed to dethrone the unbeaten American in 2013.

Garcia had been ordered to face Postol, the number one challenger, but instead elected to move to welterweight and face Paul Malignaggi on Saturday night [August 1].

After his vacating of the belt, the WBC ordered Postol to face the next available contender – Matthysse. The two sides avoided the fight going to purse bids, which would have happened next Monday.

Ukrainian Postol is unbeaten in 27 fights and became the mandatory challenger for the title in May 2014, stopping Selcuk Aydin in 11 rounds.

Matthysse is one of the most fearsome punchers at 140lbs and earned a majority decision over Ruslan Provodnikov in a savage clash in April.