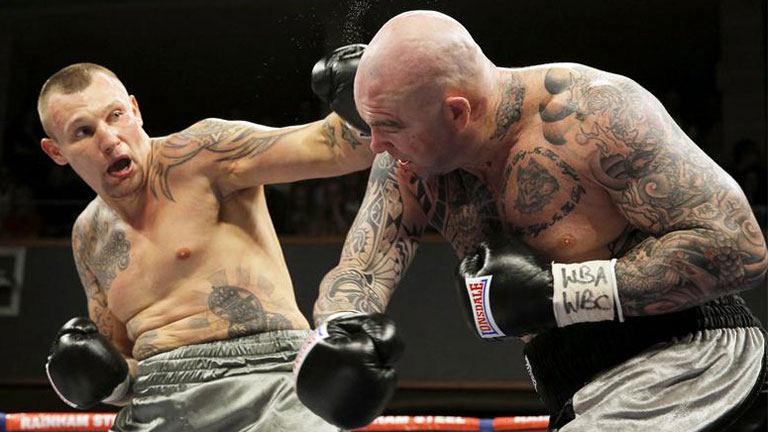 Browne has a legend working with him ahead of Chagaev fight

The 36-year-old Australia aims to become a heavyweight champion when he squares off with WBA ‘regular’ titlist Ruslan Chagaev in Grozny, Chechnya on March 5.

Browne has been training like a demon with head coach Rodney Williams and British legend Nigel Benn for a number of weeks and believes he will be a whole new animal come fight night.

“My camp has been unreal. We’ve been in the gym for over six weeks and there’s still over seven weeks to go so people are going to get a shock when they see me in the ring,” he said.

“I’m lighter now and I’m working on my footwork every day with Rodney so I think people are going to be surprised at how agile I’ve become. My power is still there, but I’m slipping better and I’ve learned that I don’t need to stand directly in front of an opponent to knock them out.

“I’ve got the perfect team now and each day I’m learning new things. Rodney is the quiet one who provides a calming influence and concentrates on the pad work while Nigel is the loud one who shouts and gets me pumped up. He’s the motivator and the cheerleader.”

Come fight night there will be few in Grozny cheering for Browne. While hailing from Uzbekistan, Chagaev has become something of a national hero in Chechnya and even has the backing of the republic’s president and Ramzan Kadyrov.

Browne is expecting a hostile atmosphere at the 5,000 capacity Colosseum Sports Hall, but he does not feel any trepidation. “To me it’s just a place I have to go to if I want to fulfil my dream of being a world champion,” he said. “The crowd will be against me and I’m fine with that. I’ve been in hostile situations in my personal life so this holds no fear for me.

“Back when I was working as a bouncer I had people attack me with chairs and knives and I was shot at. I came through that because I don’t scare easily and I’m certainly not scared of Chagaev or having fans shouting things against me.”