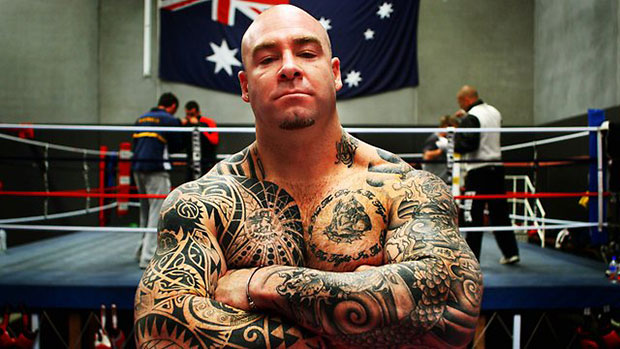 LUCAS ‘BIG DADDY’ BROWNE is planning on becoming a history maker and he wants to do it on home soil.

Australia has never had a world champion at heavyweight, but Browne will get the opportunity to change that when he meets WBA champion Ruslan Chagaev.

Browne was made the well-respected Uzbek’s mandatory challenger last month and negotiations are currently underway, with the Sydney-native crossing his fingers for a fight Down Under.

“Even though there’s no date set, I’ve begun training already and I’m really going the extra mile to make sure the WBA belt is mine.

“I’m happy to fight Chagaev anywhere but if it’s in Australia I know it’ll be huge. The public would love to see me knock him out to win the belt and I plan on doing exactly that.

“I’ve got a great team around me. Guys like Ricky Hatton and Jeff Fenech, who know what it takes to become champion.  I take in their advice and put it into action. I’m one of the most exciting heavyweights in the world. I don’t like leaving it in the hands of the judges and that’s what the fans love to see. I plan on putting Chagaev to sleep.”

Matt Clark, Browne’s co-manager, said: “There no doubt that this bout would pack out venues in Sydney or Melbourne. Lucas is from Sydney but has fought a number of times in Melbourne and of course Hatton Promotions has a great relationship with Brian Amatruda and Mick Gatto there. It could well make a lot of sense.

“There hasn’t been a heavyweight championship fight in Australia since Jack Johnson and Tommy Burns in 1908. Bringing a fight of this magnitude would be exactly what the fans want to see.

“Lucas would fight Chagaev on the moon if that’s what it takes. Over the last couple of years Australian boxing has had a terrible record in relation to our boxers getting results overseas. The only guy who consistently bucks that trend is Big Daddy.

“Lucas has gone from Australian heavyweight champion to challenging for the world title in just a few short years under Hatton Promotions. Ricky has done a fantastic job, of that there can be no doubt. But Lucas won’t be satisfied until he’s crowned as world champion.”

Browne only joined forces with Hatton Promotions in 2012, but promoter Ricky Hatton has been very pleased with his progress in that time. Lucas broke an Aussie jinx in April last year when he became the first fighter from Down Under to win the Commonwealth heavyweight title with a fifth round stoppage of Eric Martel Bahoeli.

In August 2014, he further added to his credentials by lifting the WBA Inter-Continental crown with a hard fought points win over the previously undefeated Andriy Rudenko.

“Every time Lucas has stepped up he’s performed and impressed people,” Hatton said. “I expect him to exactly the same against Chagaev.

“If the fight is in Australia then it’ll be one of the biggest events the country has ever seen. Australia fans are some of the best in the world and I think they’ll fill a stadium for this one.”