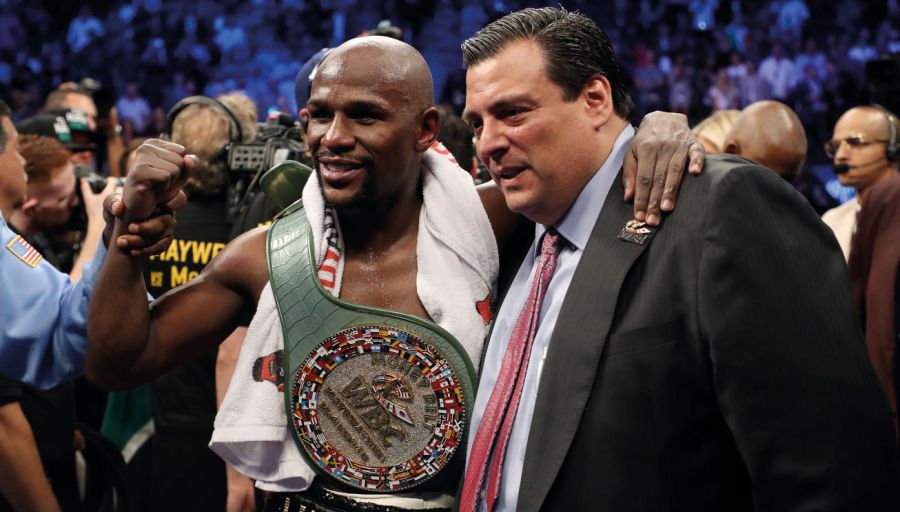 Beyond Floyd Mayweather's strange mooted outing, PBC get busy with a solid TV schedule on Showtime

SHOWTIME have announced a dreary exhibition of retired boxer versus Youtuber, putting Floyd Mayweather together with Logan Paul for a June 6 pay-per-view in Miami. It continues the worrying trend of novelty boxing.

But beyond that, Showtime nevertheless do have a good roster of actual fights coming up. Even as the sport waits and hopes for the biggest fight, Anthony Joshua vs Tyson Fury to actually get made, Premier Boxing Champions and Showtime have announced a solid schedule that proves there’s more to life than the heavyweight division.

On May 15, there is a particularly enticing super-bantamweight collision between Brandon Figueroa and Luis Nery set for Dignity Health Sports Park in Carson, California. Two weeks later, at the same venue and in the division below, 38-year-old Nonito Donaire returns to the ring for the first time in 18 months when he challenges Nordine Oubaali. The WBC boss, 34, is coming back after an identical layoff to Donaire, give or take an hour or two, after last fighting on the undercard of Nonito’s loss to Naoya Inoue. Back then, Oubali defeated Nayoa’s brother, Takuma Inoue, over 12 rounds.

The Charlo Brothers are set to return. In an underwhelming bout, WBC middleweight belt-holder Jermall will take on Mexico’s Juan Macias Montiel on June 19. Jermall is 31-0 while Montiel has only won three of his last six. But the sell, one presumes, is that the challenger feasted on a shot-to-pieces James Kirkland in his most recent outing in December. Jermell is preparing for an altogether better matchup on July 17 against Argentina’s in-form Brian Carlos Castano. Between them, Charlo and Castano hold three of the four alphabet straps at 154lbs.

With police sirens still ringing in his ears, Gervonta Davis is now training for a June 24 scrap with unbeaten Texan, Mario Barrios. The fight – which is a curious choice for a PPV – will come a month after Josh Taylor and Jose Ramirez come together to decide the ‘undisputed’ super-lightweight championship. Not for the first (or last) time, the WBA again showcase their moronic policies by also recognising Barrios as a titlist in the 140lb division.

The WBA (we told you) are set to scoop more sanctioning fees on July 3. The very promising Chris Colbert looks almost certain to become the organisation’s third belt-holder at featherweight when he fights Cuban vet, Yuriorkis Gamboa. Despite Gamboa being without a win for two years, he is deemed eligible to compete for the ‘interim’ bauble. No matter, it’s a nice matchup for Colbert at this stage.

Arguably the pick of the entire bunch takes place on August 14. Another wily Cuban export, Guillermo Rigondeaux, embarks on one last run at fulfilling his vast potential, at the ripe old age of 40, when he tackles the fun and always dangerous John Riel Casimero in a bantamweight clash. Two weeks later, David Benavidez will be favourite to get past Jose Uzcategui in their super-middleweight crossroads bout.

If all goes to plan, the schedule will go back to the start on September 11 when Stephen Fulton takes on the winner of the Figueroa-Nery contest. The last man standing from that trio can then likely call themselves the best of the lot at super-bantamweight.

We hope, by then, that Joshua and Fury will also have resolved the question marks atop the heavyweight division. In the last week we’ve heard Eddie Hearn declare the fight is days away from being announced and insist that any problems that might arise from Robert McCracken being double-booked with Joshua’s corner and Team GB Olympic duty are solvable. Meanwhile, Bob Arum insists Hearn is ignoring his calls (we’ve all been there) while threatening that Fury might just fight Deontay Wilder for a third time instead.

Hopefully, by this time next week, we can all breathe a huge sigh of relief.