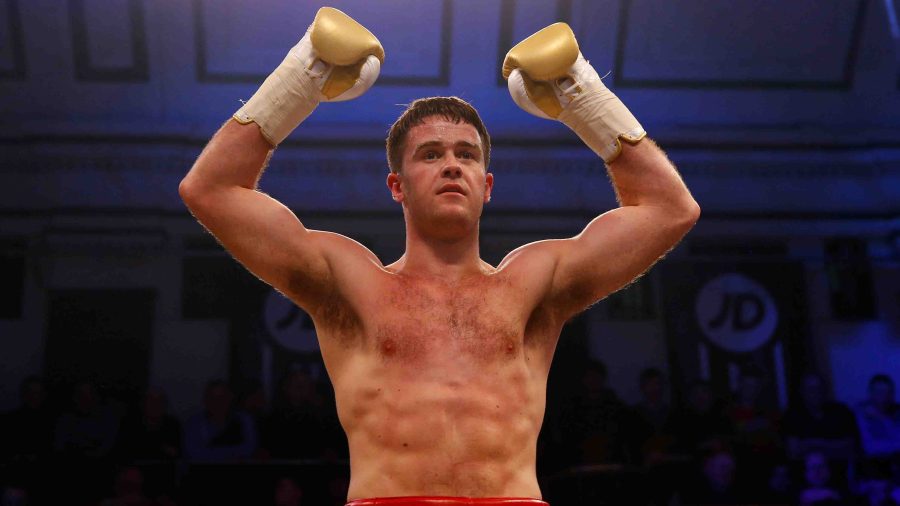 DANNY DIGNUM is a fighter to look out for on Saturday (July 1), on the portion of the O2 bill Sky will broadcast on Facebook.

The southpaw super-middleweight is a gifted mover, who knows his way round the boxing ring and is starting to surprise himself with the knockouts he’s scoring.

“I’m not really a massive, massive puncher or anything like that, I’d say technically I’m just a good boxer. I’d gradually get to opponents,” he tells Boxing News. “I just try and stick to my boxing.

“I’ve got a good boxing brain. I just go in there, make them miss, make them pay.”

Only two fights into his professional career, he was the only non-GB boxer invited to the Rio 2016 training camp to spar with the squad at the latest Olympics.

“I’d given the GB squad up. To get a call up a year and a half, two years later shows how much they thought of me, they must have thought I’d be good sparring. I hope that I was,” Danny said.

He put in work with bronze medallist Joshua Buatsi in particular. “That was good,” Dignum said, but adds, “It weren’t just me, he was sparring Lawrence Okolie. He was sparring heavyweights.”

He’s sparred good people in the pros, John Ryder, Jake Ball, Felix Cash, Anthony Ogogo among others, and he will be working his way up the ranks, stepping up after his next contest. “Maybe fight in September and then if I could have one more or two more this year,” Danny said. “I’d like to step up to six rounds, hopefully get a little bit better opponents and gradually work it up.

“It’s a good division, there are some good names out there. I won’t put my name up with no one yet but as long as I can keep working away then hopefully I’ll get there.”