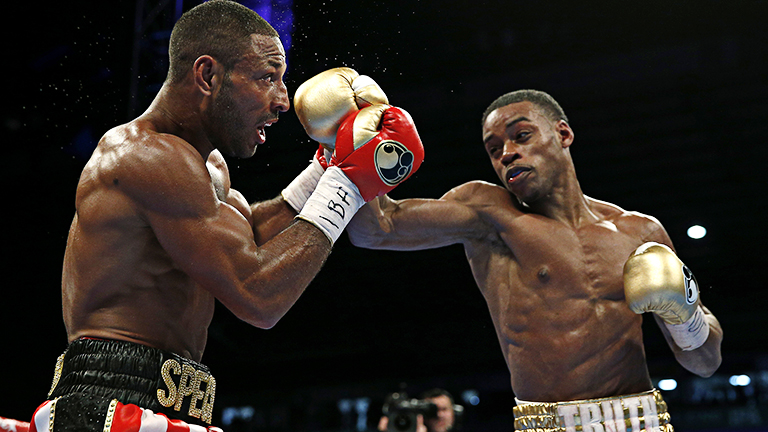 ON a stacked bill at Bramall Lane stadium in Sheffield, local hero Kell Brook lost his IBF welterweight title to classy Texan Errol Spence via 11th-round stoppage after Brook suffered severe damage to his left eye, which required a visit to hospital after the fight.

In the co-feature, Londoner George Groves finally got his hands on a world crown at the fourth attempt. The heavy-handed super-middleweight picked up the vacant WBA strap after halting tough Russian Fedor Chudinov in the sixth session.

To relive the action from these two world title tussles – and the other nine bouts on the card – check out our ringside blog below.