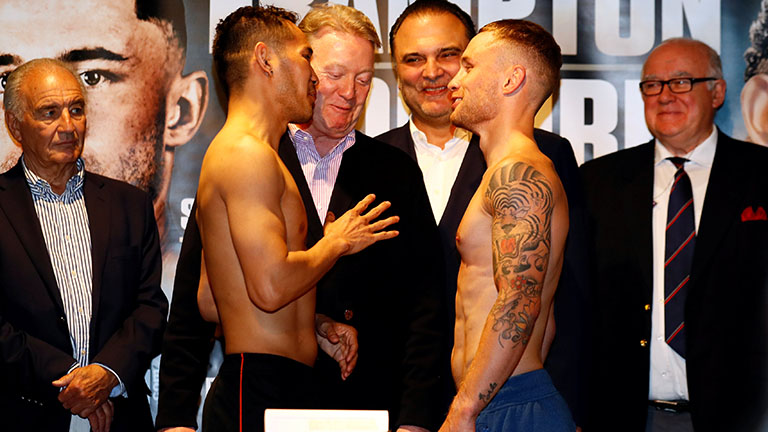 RESPECT between the two fighters has been manifest in the build up, but now it’s time for Carl Frampton vs Nonito Donaire. That admiration will fade into aggression as an explosive encounter beckons at the SSE Arena in Belfast.

Also on the undercard Zolani Tete fights for his WBO bantamweight world title against Omar Andres Narvaez, with a host of prospects also on show.