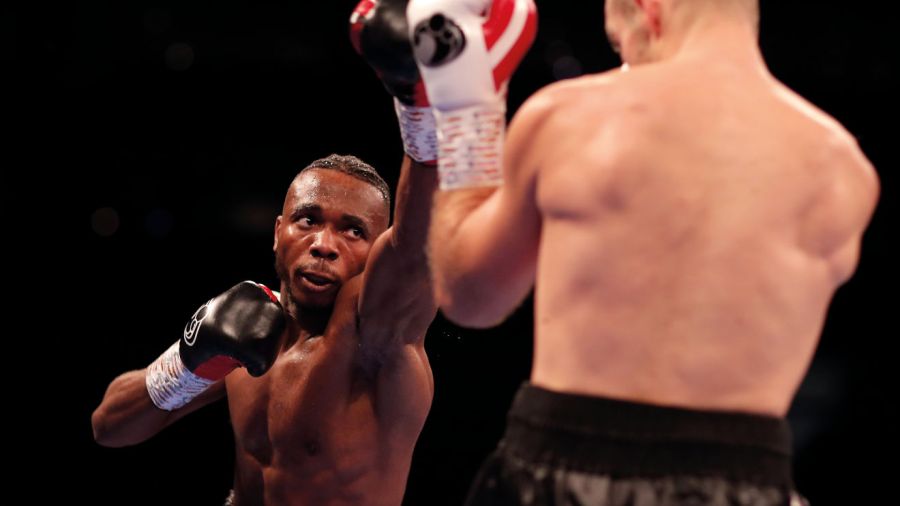 Fighting behind closed doors will be a walk in the park compared to the journey that Linus Udofia has already travelled, writes Craig Scott

REIGNING English middleweight champion Linus Udofia knows a thing or two about soul searching. During the COVID-19 pandemic, the Luton boxer took a few steps back; he enjoyed playing football again, and he studied psychology. His lockdown didn’t consist of merely ‘ticking over’.

Things had become busy before the world enforced its silence, but now, the only thing on his mind is fighting again. Ahead of this weekend’s clash with John Harding Jnr, Udofia passionately told Boxing News: “I’m in a really good place, so I can’t really complain. I’m in the best place I’ve ever been in my life. I think I’m a lot more secure in myself as a man, as a human being.

“I think time away from everything; life, boxing, women, everything, it just gave me that positive outlook again. The lights are bright this time out, but I’ve been under them before. This is nothing new to me. There’s no pressure on me. I’m the champion and I’ve fought on Sky Sports before. I’ve fought on Hayemaker shows. I feel no pressure in any way, shape or form going into this fight.”

Challenges weren’t new to the 27-year old, born and raised in the south coastal state of Akwa Ibom, Nigeria. The Udofia family had been uprooted and moved to England after a unique job opportunity presented itself for their father. Linus was entirely competent in written English, yet unable to speak the language at all when he arrived in Britain, aged eight.

“I don’t remember too much about it, but I remember enough. I can still speak the language, but I took a year to settle and just stayed mute. I listened to everybody and I listened to how they said or pronounced things. That’s probably why my accent doesn’t really exist. Then, next thing you know, I just kind of slotted into society, I guess.

“It was incredibly difficult,” explained the slick fighter, managed by Leighton Buzzard’s Steve Goodwin. “I think as a kid, you’re fortunate because you’re just a sponge; you absorb everything, you learn everything. That’s all you’re doing. It was quite a testing time, a little bit tough, but I think I’m a bit of a chameleon. Whatever my environment is at that time, I blend in it and I’ll make it work for me, and I’ve always taken that on from a young age.”

His answer is coolly delivered and understated. That’s his calling card – it always has been. From earning his stripes on the small hall cards held in Bethnal Green’s York Hall, to making progress on televised shows after striking a promotional deal with David Haye, Linus has always been one of British boxing’s best kept secrets. But now, ahead of his biggest fight, the secret is almost out.

“We’re just expecting the best of him, and it’s that simple. We’re expecting the best John Harding. We’re ready for anything, any conceivable thing. We’ve seen what he has to offer. We know what his potential is, and we know what he’s all about. We know some of his triggers in the ring, his responses; I’ve seen it all and we have studied him quite extensively.

“At my last fight, there were over a thousand people there; people screaming, chanting my name, which has its benefits and its disadvantages. You land a good shot and if I’m really honest, it’s hard to control the urge to just dive in and forget everything you’ve been taught and just go hell for leather. You’ve got to think about it, and you have to keep your discipline.”

As he walks towards his highest profile fight, Linus Udofia carries more than just boxing with him. He published a video on his YouTube channel in February, sitting in his car, looking down towards the camera, talking candidly about his own battles with mental health. It was moving, and as the description states, it was raw. He hadn’t planned it; there was no agenda.

A close friend of Udofia’s had taken his life only a few weeks before his fight with Tyler Denny. He’d been overcome with the unexpected loss, following that video up with a two-part series discussing grief and how to manage it. This is his passion now, helping others combat similar emotions and talking openly. He hoped this would be his legacy.

“It was like I wasn’t even in my own body that day; I just picked up my phone started recording, and then I just started talking about places that I’d been in a sense of mental health places. I spoke about how I felt mentally when I was in difficult places as well. I think the right thing to do is to push on and keep helping people. That’s where these videos started.

“I’ve sacrificed everything; I give everything. I know sometimes it’s not that easy, I know luck is a massive part of success. But you really can do anything. I say that with my chest and I wear it on my sleeve, because the worst thing you can feel is that you don’t have options. Listen, we always have options. I understand everybody has a different starting line. But like I’ve always said, it’s how hard you work that gets you there.”

It’s only a matter of days until Luton’s boxing son takes to the stage, and he is ready to put it all on the line. This time, there are no distractions and no negative influences. It’s blue sky thinking only.