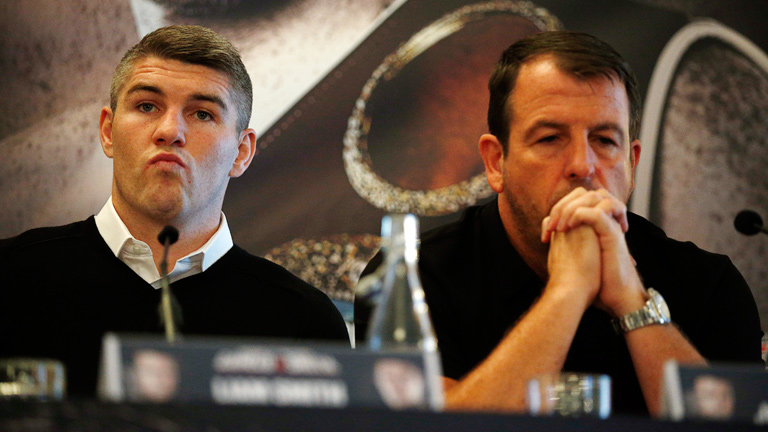 I'm going to smile in this fight, warns Liam Smith

FOR many Liam Smith is an almost complete underdog when he boxes Saul “Canelo” Alvarez on September 17. But Liam expects not only to defend his WBO super-welterweight title in Texas but then have a rematch with the Mexican star.

“When I beat Canelo, my next fight will be Canelo again, because I know they will throw everything back. They overlooked me, and I know after September 17, the excuses are going to come. So I know they’re going to do what they can to get the rematch again. So my mind will be focused on Canelo, and it will be on Canelo again. Because I can see what’s going to happen,” Liam said.

He is confident that he will be victorious in Texas. Smith is adamant that he has the tools to win and that their two approaches will create a spectacular event. “This is the fight that — if I could pick a style of a fighter, it would be similar to Canelo’s style. I always wanted a Canelo fight, a Cotto fight. A style like that is what I prefer to fight. This fight can only be a great fight. There’s no way the styles will make a bad fight. They gel well, and this is a fight, again, you’re going to see me smile in. Because even I smile when it’s not going my way. I’m not going to not smile because I’m not winning. I’ll smile because I enjoy every minute of this fight,” he said.

The Liverpudlian wants to remind the world that it is he who is the champion here. “My mindset with that is I always know the arguments over the ring boards and stuff like that. I’m not stupid. I know on paper I’m the B-side of this fight. Canelo’s the big name. It’s always Canelo, and it’s Mexican Independence Day, so I know that. But I am the champion, and just looking back on that, that is one reason why I hope they’ll respect that I’m champion and be fair. If I win the fight, then make sure I get the decision. Give me the respect I deserve. I am the champion, even though I am the B-side in the fight. Canelo’s the big name, but I am the champion going in,” Liam said.

“So this fight, I know I am the champion, but there doesn’t have to be a belt on the line for me. I took this fight. I’m not in a situation where I have nothing to lose in this fight. I’ve got a title to lose. So I’ve taken this fight because it’s an opportunity to make a name for myself and establish myself as one of the best fighters pound-for-pound in the world.”