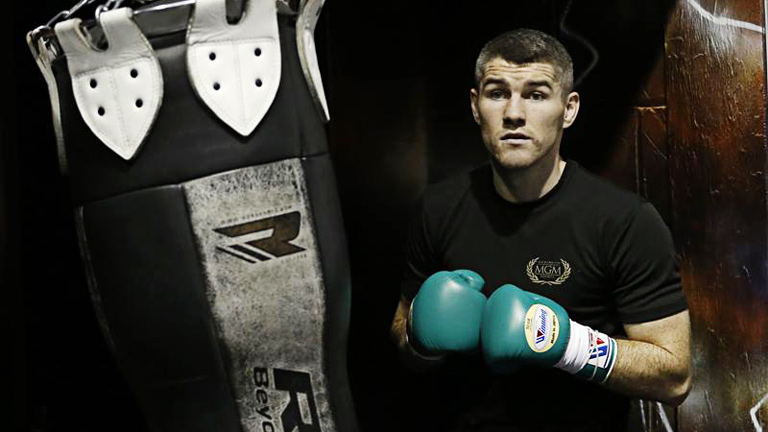 LIAM SMITH insists he has the style to beat Puerto Rican icon Miguel Cotto ahead of the first defence of his WBO world super-welterweight title.

Smith faces Jimmy Kelly over 12 at the Manchester Arena on Saturday night but has his sights set on big fights in America should he win.

Most expect Smith, who won the vacant title against John Thompson in October, to move past Kelly with relative ease although the Liverpudlian maintains he is not overlooking his foe.

“I know Kelly is going to go into the ring thinking this is his big chance but I’m not going to give him an inch the fight,” he said.

“I have big ambitions and I’m not going to be foolish to overlook the threat he will bring. There are some major fights for me if I come through this one and certainly Miguel Cotto is right up there as one of the names I want to face.

“Cotto’s been a great champion and to share the ring with him and beat him will take me to that next level. I definitely believe I have what it takes to overcome him because my style would cause him some big problems.”

The 27-year-old is also eyeing a stellar 2016 after what has been a breakout year for the unbeaten champion.

“This year has been amazing by getting a shot at the world title and winning it but the next year can be something even more special.

“I’m in this sport to face the best and if the opportunity presents itself I would love to unify the titles against either Erislandy Lara or Jermall Charlo next year. Fans want to see the best fights and having all the champions face each other makes sense.

“I believe I can beat anyone in the division and I want to go in there and prove it,”