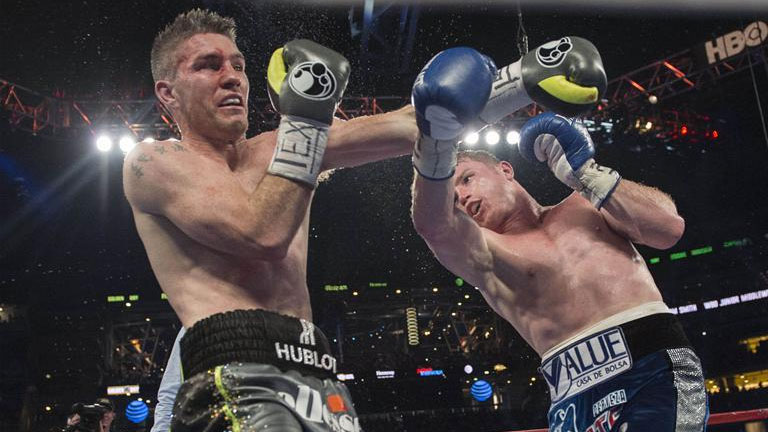 If Canelo Alvarez vacates, Liam Smith could fight to win back the world title he used to hold

CANELO ALVAREZ is due to move up in weight to fight Julio Cesar Chavez Jr in May. He could therefore vacate the WBO super-welterweight championship. It means Liam Smith, who held that title until Canelo defeated him last year, could fight Welshman Liam Williams for that world crown.

Williams and Smith are already scheduled to box on April 8 at the Manchester Arena.

“We’re both in the top five with the WBO,” Smith told BoxNation. “So I think if Canelo was to vacate then I think the WBO would accept it for the vacant title. That’s an added incentive, if it’s for a world title. But it’s a fight I’m massively confident of winning.”

He has regrets after fighting Canelo in America, after a cut disrupted his training camp. “I could do so much better than that,” Liam said, reflecting on his loss to the Mexican star. “That’s what frustrates me.”

But Smith added, “The experience of being in that ring I know is going to stand me in good stead and it’s going to help me massively.”