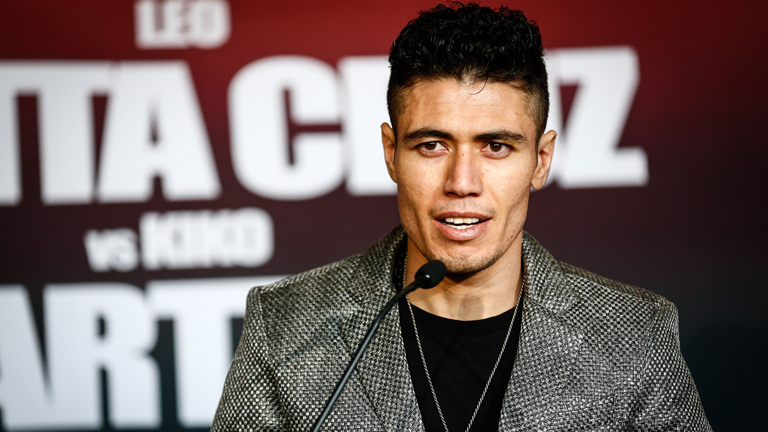 HUGO Ruiz ’s promoter, Sampson Lewkowicz, insists that his fighter should get another opportunity to compete for his old WBC World Super bantamweight belt when he returns to the ring in 2017.

In his first defense of the title, against Japanese veteran Hozumi Hasegawa (36-5, 16 KOs), Ruiz suffered a serious nose fracture that affected his breathing and eventually forced the Mexican champion to retire from the match.

“The reason why Ruiz (36-4, 32 KOs) couldn’t continue is because he couldn’t breathe any longer,” said Lewkowicz. “The corner made the decision to stop the fight. However, it was produced by the first head-butt in the first round.”

Ruiz won the title in February of this year by defeating fellow countryman Julio Ceja in a rematch of their 2015 barn-burner. In their first meeting Ceja rose from a third-round knockdown and eventually stopped Ruiz in the fifth. Ruiz returned the favor six months later, sending Ceja to the canvas with a powerful straight right counter in the opening round, and then stopping him moments later with a flurry of punches agains the ropes.

Hasegawa is a former WBC World bantamweight champion who made ten successful title defenses over the course of his decade-long reign. He found mixed results in the six years that followed, getting knocked out by Fernando Montiel, Jhonny Gonzalez and Kiko Martinez in title fights.

In his latest run at a championship, he finally got another taste of glory after snatching the belt from the Ruiz, but representatives for the Mexican ex-champion hope that his run is short-lived.

“I will debate at the WBC Convention in Miami this December and request a mandatory position for whoever may be the winner [of Hasegawa’s next fight] because Ruiz’s nose was broken in 8 places and that was caused by an unintentional head-butt. I strongly believe that [WBC President] Mauricio Sulaiman will understand that a rematch is well deserved, or a mandatory shot at whoever may be the champion, because Ruiz needs six months to recoup himself.”

In a statement last week, the WBC agreed that the situation deserves a second look.

“The World Boxing Council will scrutinize, assess and review the Hugo Ruiz Vs Hozumi Hasegawa super bantamweight championship bout. Hasegawa had been deducted a point in round one for an accidental clash of heads which caused a cut on Ruiz’s nose- an accident, resulting from clash of styles, as Hasegawa is a southpaw, while Ruiz fights right handed.  And Hasegawa is known and respected as both a clean and fair fighter. The fight between new champion Hasegawa and number one challenger Rey Vargas could be as soon as January.”