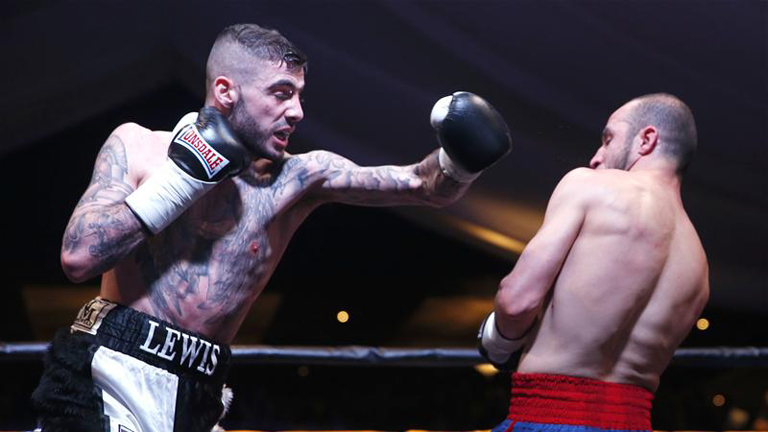 HAVING turned professional during the summer of 2015, Forest Hall’s Lewis Ritson has spent his time residing and plying his trade, north of the border, until now. A successful amateur both as an England international and a dual title winner of the TTW belts (67kgs & 71kgs) along with being an ABA Seniors finalist, Ritson’s turning over has been dramatic and successful.

Nine bouts in under a year sees him not only remain undefeated but collect the WBC World Youth Silver title against Bence Molnar – those ninety-seven bouts in the amateurs have paid off.

Now, having spent 12 months in Scotland, Ritson has decided the time is right to return home to Forest Hall and, in leaving Billy Nelson, sign management terms with Wearsider, Phil Jeffries. Returning to the gym where he made his name in the amateurs Ritson will be trained by his father, Davey, who is taking out a professional trainers licence to do the job.

“Before I turned professional I had been working away in Montrose for nearly a year during which time I took in some sparring with [world champion] Ricky Burns,” explained Ritson.

“It was whilst I was there I was asked by Billy Nelson if I’d be interested in being trained and managed by him. You could say that, from that moment on, yes, I was fast-tracked in a way and it was just non-stop gym work and fighting.”

A first stoppage success in the paid ranks arrived in June last year against Chris Adaway in Glasgow, he followed that up with his first appearance on the ‘Summer Rumble’, the next instalment of which he’ll be appearing on on July 10 at the Stadium of Light.

With the majority of his fights coming in Scotland Ritson soon realised the need to come back home.

“It’s certainly been a rollercoaster ride since I turned professional,” Ritson continued.

“However, it’s been somewhat difficult being away from home, friends and family as there was only myself and my partner, Samantha, when living together in Scotland. She was working full-time and I’d be out training a lot.

“We’d talked about my coming home for some time though and it wasn’t a spur of the moment decision to come back. I’d felt that way for the last four fights and started to feel for the fans as only the really hardcore ones were able to travel that often.

Now, with the addition of strength and conditioning coach in Steve Sharp at Unique Fitness, a nutritionist and a technical advisor to join father Davey on the training front, as well as sponsors such as Deluxe Flooring, LA Taxis, and World Class Gym & Fightwear, Ritson has moved to Jeffries’ stable.

“Jaffa is local, and personally, was the strongest candidate to go with,” Ritson explained of his move.

“He has a proven track record and gets lads title fights, which is what I want. I don’t feel as though I want slowing down though, as that would mean I would lose momentum. I’ve just been in two ten rounds fights after all so don’t want to slow down too much and will go out there and fight anyone.”

Lewis is scheduled to fight Sheffield’s Nathan Hardy, 1-3(1) over six threes at the Stadium of Light, Sunderland on Sunday July 10; the contest will be at welterweight as he aims to take his pro record to ten undefeated.