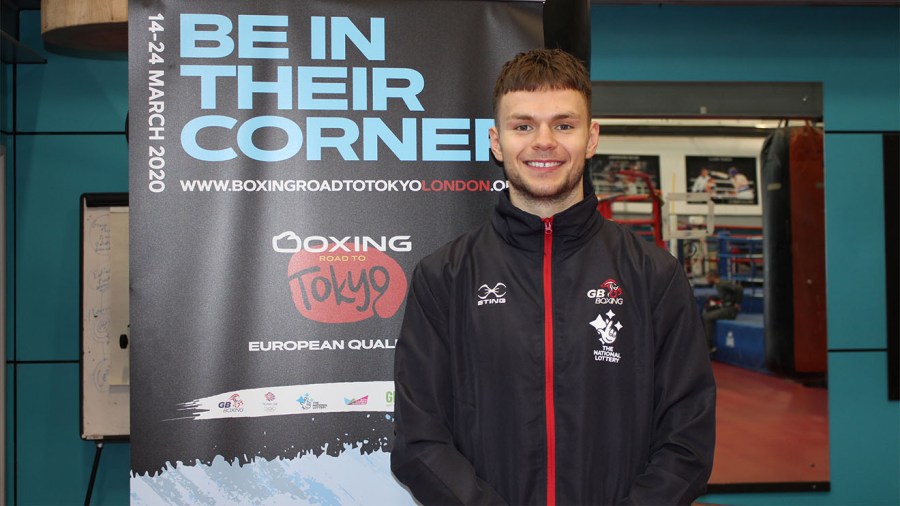 IN a remarkable turn around in his fortunes, Lewis Richardson is stepping forward to box for Great Britain in the European Olympic Qualification Event.

Welshman Sammy Lee was originally selected for the middleweight GB berth. But he has suffered an injury to ligaments in his shoulder that has ruled him out of boxing at the qualifier in London next March.

Richardson, as the reserve, has been selected in his stead and will get the first chance to win a place the Olympic Games later this year. “Just over the moon, it’s just what you’re working towards,” Richardson told Boxing News. “It’s been a massive upward journey in the last six months. It’s a great opportunity now and I’m really looking forward to it.”

“Middleweight’s a very competitive weight and there’s no real number one. Sammy got the nod, obviously I was bitterly disappointed but at the same time realistic in thinking I’ve come a long way in the last six months and I’ve done well to get the reserve spot,” he continued. “I stayed ready and the opportunity’s come.

“I’m just really developing at a fast pace and I feel like I’m ready to mix it with the world’s best.”

He can expect to do just that at the qualification event at the Copper Box in Stratford (March 14-24). European nations, like Russia and Ukraine are particularly strong in his division and have some of the world’s leading middleweight boxers.

“This is world level boxing and that’s where I want to be. I believe on my day I can cause anyone big, big trouble,” Richardson said. “There’s no reason why I can’t go and have some of these names on my slate and make a name for myself at these qualifiers and book my place to Tokyo.”

He has already had a taste of boxing in Japan, Richardson competed in the Olympic Test Event where he won his first gold medal for GB. “It was an amazing experience and Tokyo was a real special, special country. I’d never really been out of Europe so I got to travel the world doing what I love. I beat Australia in the semi-final and then beat Japan in the final, to do that, it was an amazing experience. It was just a special, special place and the venue was unbelievable, the venue’s going to be at their national sumo wrestling arena… It felt cultured and there was real history. Just soaked it all up and took it all in my stride and come out winning,” he said.

“An unbelievable experience and I’ll tell you what I’d love to be out there [for the Olympics]. I’ll do everything I can in these European qualifiers to try and book my place.”

Tickets for the event are on sale now at https://see.tickets/boxingroadtotokyo with prices starting at £5 (£2.50 concessions) for many of the sessions at the biggest Olympic boxing event to take place in England since the 2012 Olympic Games.