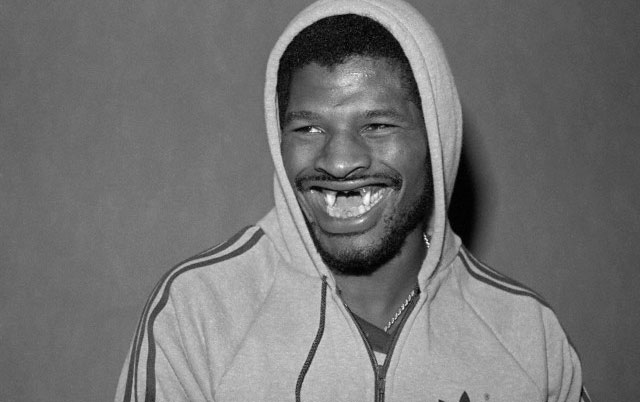 FORMER world heavyweight champion Leon Spinks, who beat Muhammad Ali in 1978, is in a Las Vegas hospital after undergoing a second operation for abdominal problems. There were real fears for the 61-year-old’s health after he encountered complications from the first emergency surgery.

But the wife of the 1976 Olmpic gold medallist is optimistic that he will make a recovery.

“It’s going to be a long road ahead but he’s strong and he’s starting to recover,” Brenda Spinks told The Associated Press. “There were complications after his first surgery, but everything has been fixed,” she said.

Spinks’ health has declined since his fighting days. The Missouri man, years beyond his best, retired in 1995. His speech is slow and slurred, and in 2012 he was diagnosed with shrinkage of the brain that was likely caused by his treacherous profession.

Singer Tony Orlando sent out a tweet asking people to pray for his friend and added that Spinks was “facing the greatest fight of his life.”

Everyone at Boxing News wishes the former champion a quick recovery.