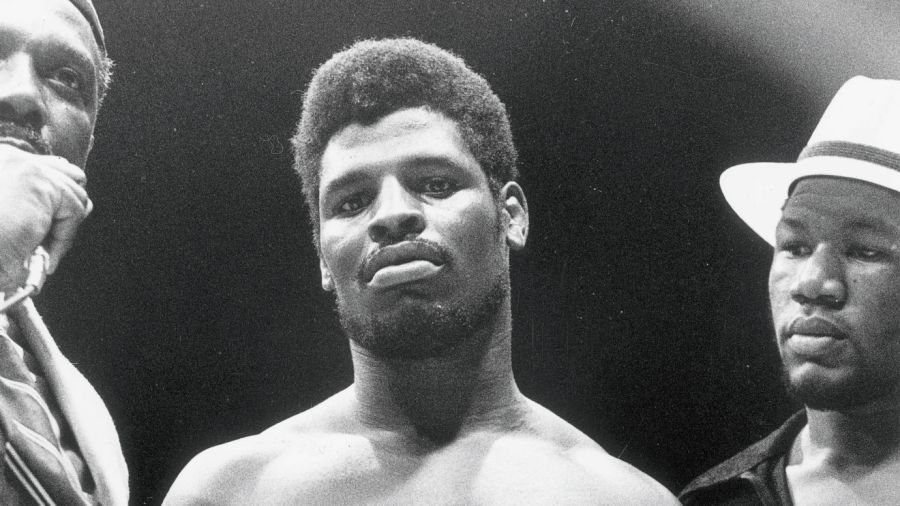 MAKING a mockery, an often meanspirited lampoon of his gap-toothed look and mangled speech and even his hair, was a sort of cottage industry for comedians. From Johnny Carson to the brilliant Richard Pryor and far beyond, it was open season on Leon Spinks.

Even his 1978 shock victory over Muhammad Ali did not stop the jokes. “Leon was upstairs brushing his tooth” was a typical jest. The fact that he survived and thrived first in the hellhole Pruitt-Igoe housing project in St. Louis and then served honourably in the Marine Corps and won an Olympic gold medal in 1976 in Montreal was rarely mentioned.

I may have unwittingly contributed to this negativity when I pasted the nickname “Neon Leon” on him due to his nocturnal attraction to sketchy women and dive bars. The nickname stuck and Spinks, whose younger brother Michael was almost a shut-in by social comparison, overcame an erratic pro ring start to net his unlikely title shot against Icon of Icons Ali.

Amazingly, Leon sported a 6-0-1 pro mark when he challenged “The Greatest”.

But let’s be clear, Leon was never a joke or the butt of low humour when he laced on his gloves. The first Ali bout was only Leon’s eighth punch-for-pay bout.

As I pen this deserved tribute to a guy who deserved working-class hero status, both for his persistent, straight-ahead style and the sincere respect he uniformly rendered to Ali, it is snowing again in Manhattan and I’m reminded of a story about a time when a Catskills Mountain resort was hit by a huge blizzard.

Leon thirsted for some night-time fun, amusement and companionship but the resort hotel was buried in snow. Leon was three or four floors up and needed to escape, so he tied sheets and blankets together, dropped into a snowbank and walked to the nearest saloon. Like I said, the man was a rough and ready Marine.

But through a complete 26-17-3 career Leon was never a laughingstock in the ring. His lifestyle was often risky, at times foolish, but few fighters did a job on Leon when he was at his best.

Between the ropes Leon was fearless, as exemplified in Vegas brawls with solid journeymen like Scott LeDoux and Eddie “El Animal” Lopez. Battling to a draw with Leon on network CBS, Lopez told me that exposure brought him special recognition when the Los Angeles Police Department locked him up, which was a regular occurrence.

“The soul brothers cheered me on. They said, ‘You took it to Leon Spinks, bro,’” Lopez recalled.

At various times after the two Ali bouts, Leon had to go to work, first as a bartender in Detroit and later as a janitor in Nebraska. “Lee”, as he was known to friends and family, was not afraid to work for a paycheque. After Larry Holmes quickly stopped him, also in Detroit, Leon came to Larry’s suite for cocktails and conversation. The man did not have a malicious bone in his body.

“A lot of people think I am dumb,” Leon once remarked, “but at least I’m not an educated fool.”

Leon showed his smarts when he decided against fighting Ken Norton in favour of the more financially rewarding Ali rematch in New Orleans. History-maker Muhammad became the first three-time world heavyweight champ that night before 80,000 in the Superdome.

Overly confident based on the Vegas shocker, Leon spent more hours in disreputable French Quarter watering holes than in the gym. Ali, meanwhile, sparred with unsparing young lions such as Michael Dokes, Tony Tubbs and Greg Page to hone his fighting edges.

This was the bout in which Spinks’ trainer, Prof. Georgie Benton, stormed out of Leon’s corner due to congestion and utter chaos.

Perched in the front row of the press section, I asked Benton where he was headed with nine rounds remaining. “Meet me in the bar at the Hyatt Hotel,” Benton snapped.

A few years ago, I saw another side of Leon when Daily Mail fight scribe Jeff Powell met me for a drink at Sardi’s off Times Square. A confused, ill-humoured Leon was upset when two customers did not understand who he was or what he was saying. A former NYPD detective, a minder for Leon, skilfully extricated Leon from any hassle and that was that. To me, it was clear that Leon just wanted another cocktail, not a confrontation. But his speech was garbled.

Hail fellow well met, that was “Neon Leon”, most of the time.

Like so many others, he gave more to boxing than vice versa.

Now, cut down by brutal prostate cancer (a body shot you don’t see coming) at age 67, he leaves a real legacy of accomplishment leavened by laughter.

I think “Lee” knew most of us were laughing with him, not at him, for he was no joke.