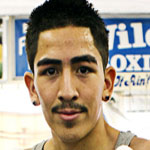 AS they go into their June 9 rematch, both Leo Santa Cruz and Abner Mares maintain they are better fighters now than they were first time around.

“He looks good,” Santa Cruz, the WBA featherweight champion, said of Mares. “He fights differently. He has Robert Garcia as his trainer [now]. Robert Garcia is a great trainer; very smart and driven. He knows how to send a fighter to fight. I have seen him and you could see in his training that he is working really hard and everything. But we like that. We like that because he’s going to come in his best and we’re going to give a better fight.

Mares agreed. “I think that we’re both better fighters now. I’ve grown as a fighter. I’ve learned so much with Robert and with the two Frampton fights he has too. I think he’s grown as an athlete,” he said.

“So I think now you’re going to get in to some better fights because we just learned so much and then grown in boxing that we’re just going to give it to this fight. But at the end of the day I think where we’re both improved as fighters. We just like to please the crowd.”

Abner could see a third fight between them happening. “If the fight is that good, again, there’s no other way than to give them the rematch as he gave me a rematch. We like to fight the best and if it wasn’t clear enough, we would do it again and if not, we’ll move forward and take whatever champion is out there,” Mares said. “I think that everybody is a champion. Everybody is good. And just looking forward to June 9 to prove me once again that I am an elite fighter.”

Santa Cruz wants to repeat his victory over Mares next week and then look to take on the other champions in the featherweight division. “I want a unification. Hopefully because of the win, I would like to unify with any other champion. There’s Josh Warrington, Gary Russell, Oscar Valdez and even a third fight against Carl Frampton,” he said.

“But for any reason or anything that we can’t make those unifications or any other fights, yes, I would like to move up to 130 and look for another title for 130. But mostly I want to make a fight against another one of the champions.”