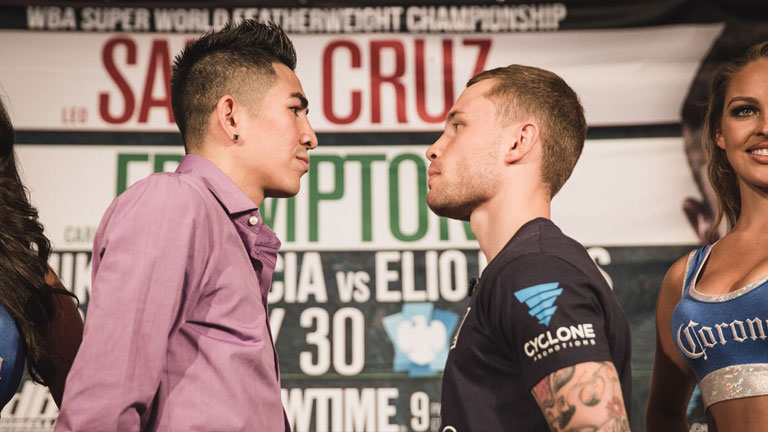 Frampton is moving up from 122lbs, where he unified the WBA and IBF world titles against Scott Quigg in February.

Showtime are broadcasting in the US at 9PM ET/6PM PT. BoxNation will air the bill in the UK, with coverage starting at 2am and the main event expected to begin around 4am.