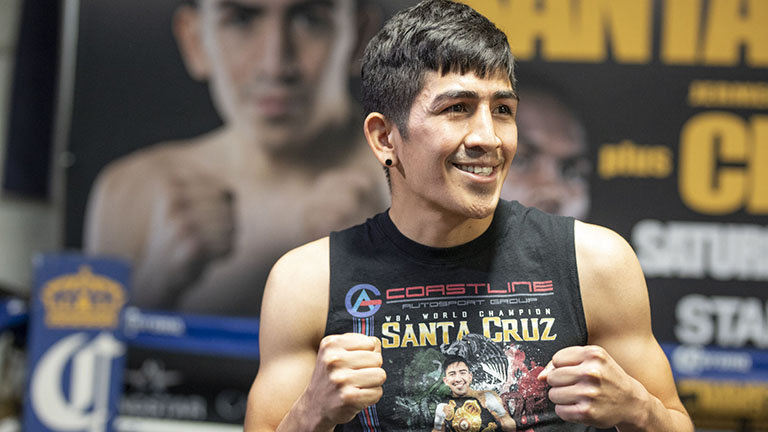 ON June 9 the Staples Center in Los Angeles will see the Leo Santa Cruz vs Abner Mares rematch for the WBA super-featherweight world title. It will, promises promoter Richard Schaefer, be a “hell of a fight.”

In an exclusive interview with Boxing News, Schaefer said, “Mares since he’s had Robert Garcia in the corner has looked spectacular, very solid wins. He looked sensational beating [Jesus] Cuellar… Really really strong. Leo obviously kept winning as well but Abner has won a bit more convincingly maybe in his last few fights. Leo has a lot of distractions outside of the ring, unfortunately his father, the cancer has come back and so he’s battling cancer. That puts a lot of strain on the family, where they are such a close knit family. So we’ll see.

Former belt-holder Carl Frampton could be in the frame for the victory. “It’s such a loaded division. The winner could fight potentially Frampton. That’s one possibility,” Schaefer said.

“Or if Mares wins and it’s another thrilling fight, you could always have a trilogy. I remember in Los Angeles we had a trilogy in some of those smaller weight classes, which each one of the three fights was like fight of the year and that was of course Rafael Marquez and Israel Vazquez. So Los Angeles is quite famous for hosting some great trilogies and that would be no exception.”