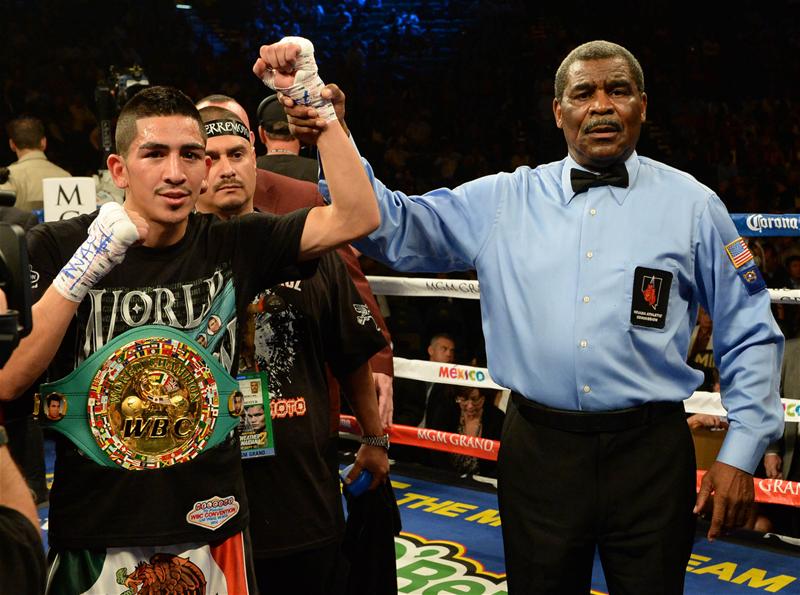 LEO SANTA CRUZ admits he worries for family members who could be under threat of deportation during the Presidential reign of Donald Trump.

During his campaign to get into the White House, Trump vowed to tighten up the American border with Mexico and to even build a wall.

Mexican-American Santa Cruz is concerned that a blanket clampdown on Mexican and Latino communities will see hard-working people deported.

“You know, it does concern me a little bit because he’s saying that he wants to kick out all the Mexicans, the Latin people and the people that are immigrants,” he said.

“I wouldn’t like for them to deport my family; my dad, my mom, and a lot of other family that I have also.

“What Trump says, yes there is a lot of people who maybe come and do drugs but not all of them. Not all of the people are like that.

Santa Cruz started life in the States in Compton, before moving to California, where he now resides.

His parents moved to America from Mexico in pursuit of a better life, with his father Jose encouraging he and his brothers to get into boxing.

“That’s what my parents did, my mum and dad. They came here from Mexico,” he continued.

“They work hard to give us a better future. I stick to boxing and thanks to the hard work from my parents, I am where I am right now and can give my family a great future.”

The 28-year-old faces Carl Frampton this weekend in Las Vegas in a bid to reclaim the WBA featherweight title he lost to the Northern Irishman last year.

His camp for the first fight was a struggle due to his father’s battle with bone cancer, but with Jose’s health improving, Leo has enjoyed what he feels is a more focused camp.

“I’m really excited that I have my dad here in camp with me. I feel a lot stronger and a lot faster.”