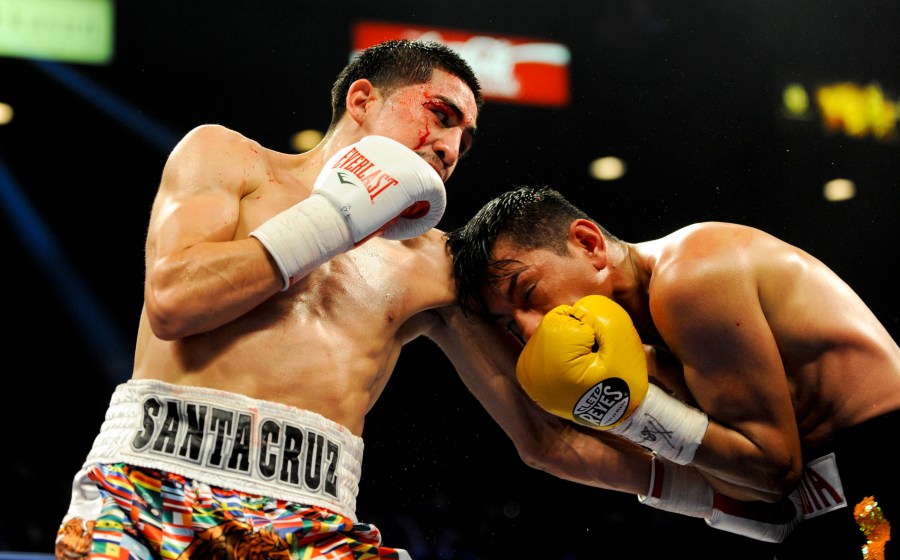 IN keeping with Mexican Independence Day tradition, Mayweather Promotions has assembled a stellar undercard featuring some of this era’s most exciting boxers to co-feature on ‘MAYHEM: Mayweather vs. Maidana 2′ on Saturday September 13 from the MGM Grand Garden Arena live on SHOWTIME PPV.

Featured on the four-fight pay-per-view telecast, fan favourite Leo “Terremoto” Santa Cruz will put his WBC super-bantamweight world championship on the line in a 12-round bout against Mexican contender Manuel “Suavecito” Roman, plus Tijuana-Baja’s Miguel “Títere” Vazquez defends his IBF lightweight title against Mayweather Promotions’ rising star Mickey “The Spirit” Bey. In the opening bout on pay per view, Alfredo “El Perro” Angulo returns to the ring against James De La Rosa in a 10-round bout.

“This is my second time fighting on a Floyd Mayweather pay-per-view undercard and I know that there is no bigger stage than this,” said Santa Cruz. “Manuel Roman is a tough customer. I know he’s going to come prepared and try to take my title. He has nothing to lose and everything to gain, but I plan on leaving the ring with my hand raised.

“Leo Santa Cruz is one of the top guys, not only in the super-bantamweight division, but in all of boxing,” said Roman. “I’ve never been intimidated in the ring before and I don’t plan on starting on September 13. Santa Cruz better be ready because I know I will be.”

“I’m looking forward to fighting at MGM Grand again and on this amazing Floyd Mayweather card,” said Vazquez. “It’s time to get to business and get in the best shape ever so I’m ready to put on a show. I respect Mickey Bey, but I plan on winning convincingly to show that I’m one of the best in the lightweight division.

“I’ve been anxious to get back in the ring ever since the end of the ‘Canelo’ fight,” said Angulo. “I’m ready to get back on the winning track and this is a great opportunity for me to do that in front of the world on Mexican Independence Day weekend. This fight could not be more critical for my future in this sport and I want to put on a great show for the fans.”

“This is a tremendous opportunity for me to make my name on a huge stage against a fellow Mexican warrior in Alfredo Angulo,” said De La Rosa. “On September 13 I’m going to teach an old dog some new tricks.”

“Floyd always wants to ensure the paying fans get their money’s worth by delivering a strong night of boxing action through compelling televised undercard bouts,” said Leonard Ellerbe, CEO of Mayweather Promotions. “This fight night will be no different from the rest as Leo Santa Cruz and Miguel Vazquez will defend their world titles valiantly, electrifying Mickey Bey will seek to win that title from Vazquez and fan favourite Alfredo Angulo will look to revitalise his career in what will amount to a sensational night of boxing.”

“From top to bottom, the September 13 fight card is going to get fans out of their seats whether they are among the thousands in attendance at the MGM Grand or hundreds of thousands watching from home,” said Oscar De La Hoya, president and founder of Golden Boy Promotions. “Golden Boy is proud to promote the most crowd-pleasing fighters in the sport and with Marcos Maidana, Leo Santa Cruz and Alfredo Angulo, all in action under the same roof, it’s sure to be a night that no one will forget.”