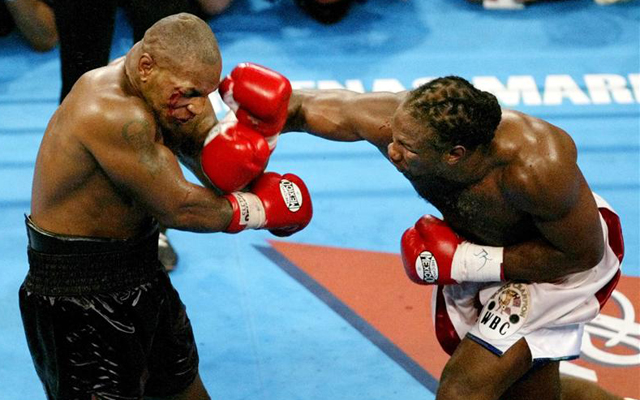 The former undisputed heavyweight champion of the world, who won gold for Canada at the 1998 Olympics, is working with Global Legacy Boxing (GLB) alongside Groupe Yvon Michel (GYM) and Maple Leaf Sports and Entertainment (MLSE) on the promotion for the bout.

Stevenson will face Karpency, ranked ninth by the WBC, at the Ricoh Coliseum and Lewis hopes the Premier Boxing Champions show will rebuild support for boxing in Canada.

“It’s wonderful to be a part of GLB, working in conjunction with GYM and MLSE, to revive boxing in Toronto and across Canada to the highest level,” he said.

“I am proud to be building a nationwide platform where boxers, such as world light heavyweight champion Adonis Stevenson, can showcase their talents at home and receive the support they deserve.”

Canada has hosted some of boxing’s greatest fighters, including Harry Greb, Archie Moore and Muhammad Ali, who beat George Chuvalo in Toronto in 1966.

Haiti-born Stevenson, who will be making the sixth defence of his title since emphatically dethroning Chad Dawson in 2013, is excited to be boxing in his adopted home country.

“I’m excited to announce my next fight on September 11 in Toronto against Tommy Karpency. I’m ready to put the hurt on. I work hard and stay focused”, he said.

Karpency also holds a win over Dawson when he outpointed him last year but has lost to Karo Murat, Nathan Cleverly, Andrzej Fonfara and the unheralded Rayco Saunders and is considered by some to be an unworthy challenger.

Regardless, the American is determined to upset the odds and win his first world title.

“I beat the same guy Stevenson beat to become world champion. I beat him [Dawson] just over a year after Stevenson beat him. After that win, I said that the sky was the limit and that I wanted the best in the world. The win [over Dawson] proved that I belong amongst the elite at light heavyweight. Now it is my job to win this fight”, he said.

Former Lewis foe Donovan ‘Razor’ Ruddock, at the age of 51, also features on the bill against Canada’s Dillon Carman.