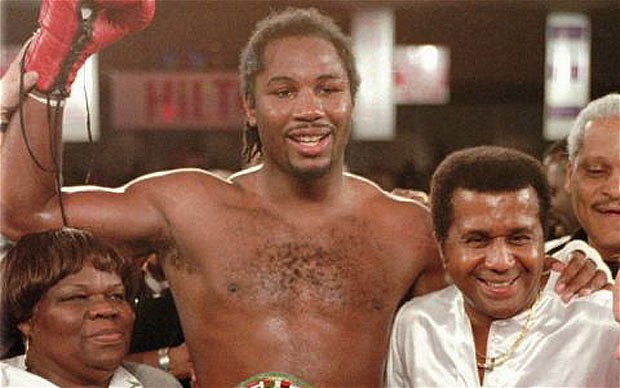 WLADIMIR KLITSCHKO is still straight ahead of the competition; no one is boxing anyone to prepare for him, they are just taking fights for the money and they lack great coaching.

To beat a great champion, you need a great trainer. These guys have great trainers but heavyweight trainers need to be different. You don’t tell a small guy to push their opponent, but heavyweights lean and push, there are a lot of things to learn. Deontay Wilder started boxing a bit late and still has a lot to learn.

In my 15th fight I was boxing for the British title against Gary Mason. People were saying it was too early but I picked my fights as a straight build-up in the quality of opposition.

Like David Haye, he goes in against Klitschko and what did he do to prepare? Boxing Audley Harrison? Alright. Klitschko has a great jab and you have to work out how to counter that jab. Haye’s way was to wait for Wladimir to commit then go for one big shot. He’s the best in the world so to try a one-two against him is impossible, you need to break him down first. then disguise the one-two so he feels it.

Bermane Stiverne and Wilder are upcoming future stars with a lot still to learn, they are missing the old-time teaching. Emanuel Steward was a great teacher, a trainer not a coach. These guys have coaches.

When I was fighting I would try to train with the best guys possible but that means guys you may fight down the road, so you’re both checking each other out. Wladimir is smart. He invites these upcoming guys in, flatters their ego – says they ‘did a good job’ – but he still shows he can hurt you.

Then Wladimir remembers he used to beat you and the other fighter remembers that too. It’s how you react to that. I trained with Razor Ruddock who later, when we were about to fight, said, ‘I’ve still got your blood on my boots.’ It’s the worst thing he could have said to me. I thought, ‘Now I’m older and more mature, I’m gonna take you out.’
Klitschko is waiting for guys to get a little experience then taking them out. Everybody is waiting for him to leave but he’s not leaving because he’s having an easy time. I think HBO only re-signed him because they think he’s coming to the end of his rope and one of these young guys is going to knock him out. But I don’t think that’s going to happen.