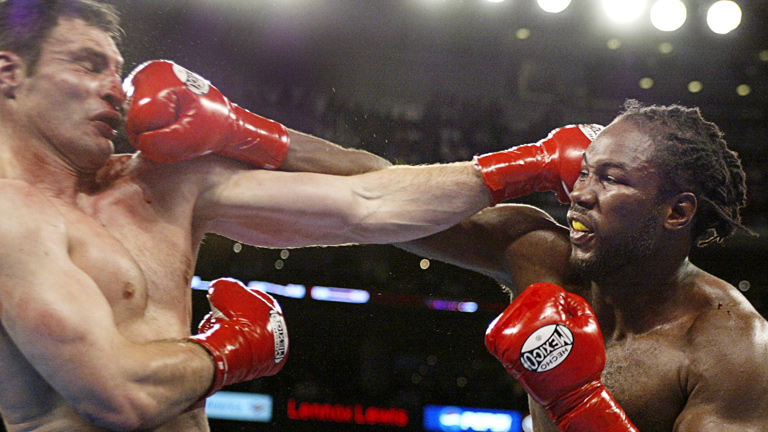 “I think it’s going to be chess match. Kovalev is great in his weight class, and I think Andre Ward is actually biting off a tall order, in the sense that he’s moving up in weight, the guy is bigger than him,” Lewis told Boxing News. “You look at his last two fights at light-heavyweight [versus Sullivan Barrera and Alexander Brand], they weren’t really impressive but I think he was just getting used to light-heavyweight, and boxing at that weight, being the smaller man.

“Now he’s boxing the champion. That is difficult for most guys to do, but if there’s one person who can do it, it’s him. His gameplan should be trying to get in on Kovalev, shorten the distance and use angles, and punch when Kovalev is punching. He’s not seen a fighter like Andre, and never been in the ring with a talented guy like Andre. He has to contend with getting used to Andre and see where he can get in and be effective in the fight.

“I like Ward as a disciplined fighter, he can win on points. You don’t see those kind of fighters anymore that take their training serious, that take boxing serious. He doesn’t drink and he doesn’t smoke, he doesn’t party, he’s a family man and all he does is live for training and being the best.”