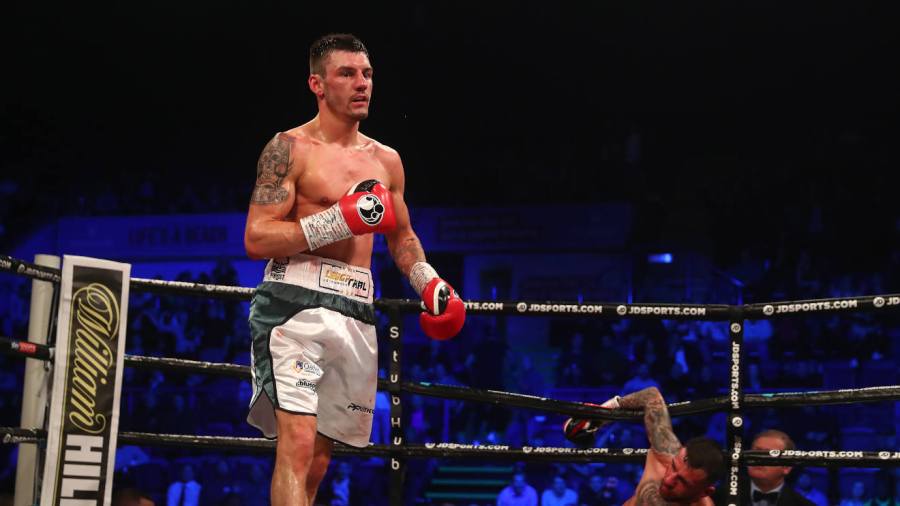 LEIGH WOOD only had six weeks’ notice that he would be boxing China’s Xu Can on Matchroom’s Fight Camp show on July 31. But he didn’t hesitate to take the opportunity.

“I was in the gym, I wasn’t training elite but I was in the gym ticking over, doing some big sessions,” he told. “The financial side took a little longer [to agree] but it took a few minutes [to accept the fight]. Sometimes these opportunities come when you least expect them. It’s in the name, professional boxing, you have to be professional. You have to live the life as a professional. You have to be professional in and out of the ring. I always have been and it’s going to pay off. I got this fight at short notice, they expected me not to be ready in time.

“I really do think they’ve made a mistake here. And like they say be careful what you wish for.”

Xu Can was on course to fight Josh Warrington, until the Leeds fighter suffered a shock loss against Mauricio Lara. But Wood does not consider himself a warm-up. Leigh stopped Reece Mould earlier this year to win the British featherweight title. He is adamant that he can and will win this fight.

“He is elite, he’s high volume. I’m not sure if he can crack a bit. He likes to think he can. Looking at his record, I don’t think he can. He’s more of a volume puncher,” Wood noted of Can. “I know what to expect, I’ve been working on what I’ve got to do and going into fights like this, you have to work to your advantages and take away your opponent’s advantages. Ben [Davison] is a very good coach and he’s been around at that level a number of years now. Every time he’s been to that level, he’s come through.

“I believe in everything I’m doing.”