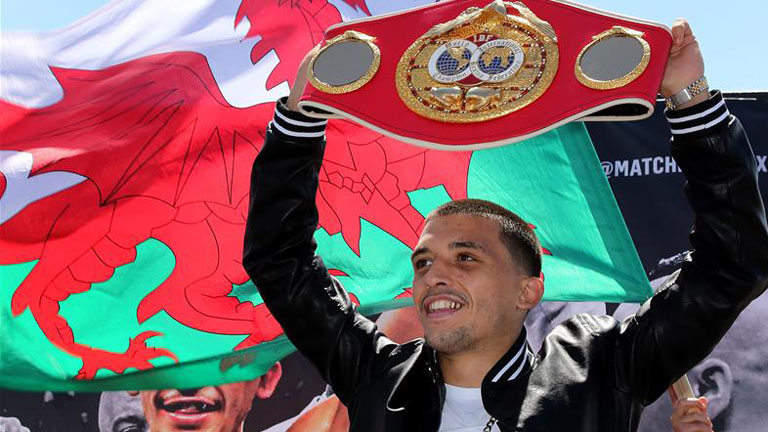 JAMIE SANIGAR, manager of IBF featherweight champion Lee Selby, is confident a massive unification fight with WBA champion Carl Frampton can happen, though it may have to wait until next year.

Frampton became a two-weight world champion when he outpointed Leo Santa Cruz in New York last weekend (July 30) and attention immediately turned to who the Ulsterman could face next.

Selby, who was ringside at the Barclays Center in Brooklyn, is eager to meet the Ulsterman in the ring but may have to wait his turn.

“For us, the Frampton fight is top of the list,” Sanigar told Boxing News.

“I’ve briefly chatted with Blain McGuigan [part of team Frampton] but I think they’re all on a bit of a breather, having a bit of down time after the magnitude of that event and being in New York for so long.

“I think over the next couple of weeks we’ll explore the options, we have a good working relationship so it’s just a matter of keeping an open dialogue.

“It will happen, I’m sure. It’s a fight that makes sense for all, it’s whether it happens in the autumn/winter time or whether it becomes an outdoor event next spring/summer. That would make sense, we want to increase the income for the fighters as much as we can.”

Since his win over Santa Cruz, Frampton has revealed there was a rematch clause in the fight contract and that he would like to make the return before the end of 2016.

That rematch would take precedence over a fight with Selby, though the Welshman finds himself in a stacked division and Sanigar plans to secure him some big fights.

“We’re just exploring the options. Obviously there’s the aftermath of Frampton-Santa Cruz, we’re just waiting for the dust to settle. Obviously we’ll sit down with Al Haymon and discuss things,” he said.

“All these guys, it’s not just Lee, it’s Carl, Leo Santa Cruz, [Gary] Russell Jnr, [Jesus] Cuellar and [Abner] Mares and whether that fight can be rearranged. There’s a pool of these elite fighters and I think it’s just a matter of how that marries up.

“Lee’s keen to get back in the ring and feature in these mega fights. If it isn’t Carl next, it could be Santa Cruz, or Russell Jnr. We can’t wait around for Carl, we have to crack on. If both guys can stay undefeated, I’m sure they’re on a collision course.”