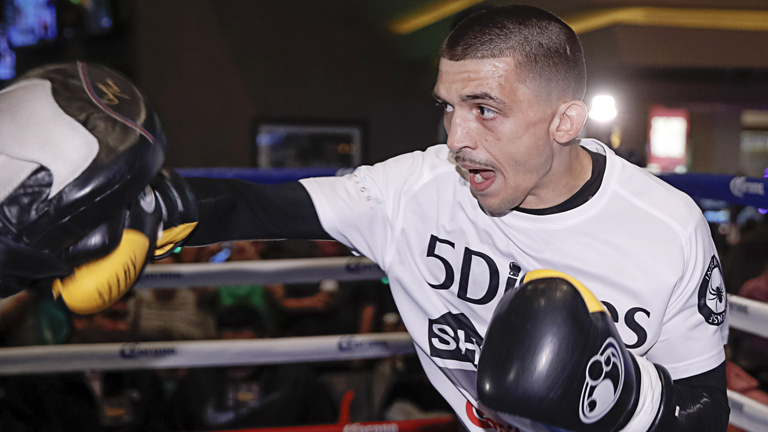 LEE SELBY will no longer defend his IBF world featherweight title on the Carl Frampton vs Leo Santa Cruz undercard in Las Vegas this weekend.

Prior to today’s weigh-in, it was announced that his mandatory challenger, Jonathan Victor Barros, had not met the medical requirements of the Nevada State Athletic Commission.

Welshman Selby had completed his training camp in America and said he was “close to tears” after finding out the fight is off, though hopes to secure another date soon as he targets a fight with the Frampton-Santa Cruz winner.

If he and Frampton would have both won this weekend, the plan was to have them meet in a unification fight later in the year, most likely in Belfast.

Selby only fought once in 2016 when he made the second defence of his title against Eric Hunter.

Fight cancellation is a tough one to take but we sit here thankful for our good health & strength. We move on together #TeamSelby pic.twitter.com/NmCQNTRgeE

It marks the second time in recent years that the Sanigars have seen one of their fighters left dissapointed on the scales. Lee Haskin’s 2015 shot at the IBF bantamweight title was scrapped after Randy Caballero failed to make weight, though Haskins subsequently inherited the title.

The cancellation means Josh Taylor’s appearance on the Las Vegas bill will be aired as part of the Showtime Extreme broadcast.