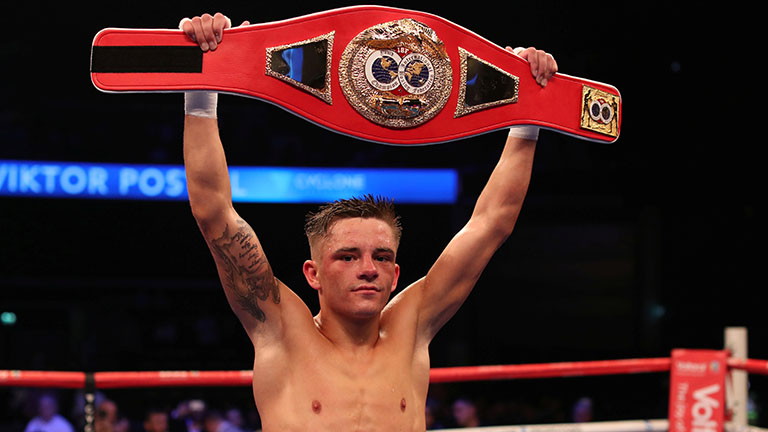 A fight with Farooq looms large for Lee McGregor, but first he must get past Allan, writes Paul Wheeler

NEXT month, two intriguing domestic showdowns will take place up at heavyweight, as Daniel Dubois and Nathan Gorman collide for the vacant British belt on July 13, before Dave Allen takes on David Price a week later. Exciting all-British pairings are not only to be found in the sport’s heaviest division, however.

Down at bantamweight, talk is growing of a potential clash between a couple of unbeaten, highly touted Scots who both hold titles. Lee McGregor is the Commonwealth boss, while Ukashir Farooq reigns as British king. Everyone in the UK would love to see the all-action duo face off in the ring. Everyone except Scott Allan, that is.

This Saturday (June 22), at the Emirates Arena in Glasgow, Allan aims to render any discussion of a McGregor-Farooq fight redundant when he challenges his fellow Scotsman McGregor for the Commonwealth crown, live on iFL TV (UK) and ESPN+ (US).

The contest will mark McGregor’s first appearance on a show staged by MTK – the promotional company with whom he signed in March after being guided by Cyclone Promotions beforehand. As well as making a change in terms of promoter, the Edinburgh starlet also switched trainers from the London-based Shane McGuigan to Grant Smith, whose gym is in Sheffield.

McGregor and Allan were originally due to meet last year, but the latter was forced to pull out because of illness. This time, though, the man from Shotts insists that he is raring to go, saying: “With Andy Ruiz Jnr beating Anthony Joshua, June is the month of the underdog. Roll on fight night!”

As Allan openly admits, he is the outsider in this match, despite boasting more professional experience than McGregor. The 26-year-old challenger is not only an ex-Scottish titlist and current Celtic champ, but also a former world title-holder as a kickboxer. His final outing in that code came in December 2013, just two months before he made his pro boxing debut.

While McGregor has only had six bouts in the paid ranks so far (all wins, five early), he had many more than this as an amateur, including at the European and World Championships. Since turning over in November 2017, the 22-year-old has moved up the ladder quickly, winning the vacant Commonwealth strap in just his fifth fight. This was in October last year when he scored a 12th-frame knockout of Thomas Essomba, who had previously been a Commonwealth ruler at flyweight.

Allan has two losses to Farooq on his 9-3-1 record (pts 10 – Jan 2017 & rsf 8 – Nov 2017), but is coming off a unanimous points triumph over the formerly undefeated Gary Rae eight months ago. In the rematch with Farooq, Allan suffered a flash knockdown, yet the same happened to McGregor in his meeting with Essomba.

With both fighters being aggressive and happy to let their hands go in close, this should be a fan-friendly tussle. The game and energetic Allan has quick hands and sets a fast pace, but the taller McGregor’s poise and power are likely to prove too much for him. Expect the champion to end things around the halfway point with his explosive combos and ferocious hooks downstairs.

In the 10-round co-feature, Greenrigg southpaw Kieran Smith, 14-0 (7), goes up against Mexico’s Ivan Montero, 21-3 (9), who was brought in as a late replacement for the injured Michael McGurk. Montero has mixed with notable opponents in Erickson Lubin and Michel Soro, but was dominated by them both on foreign soil. Smith can add to Montero’s away day blues by boxing his way to a decision victory in this battle of tall super-welterweights.

The Verdict A win for McGregor would see demand for the Farooq bout intensify.