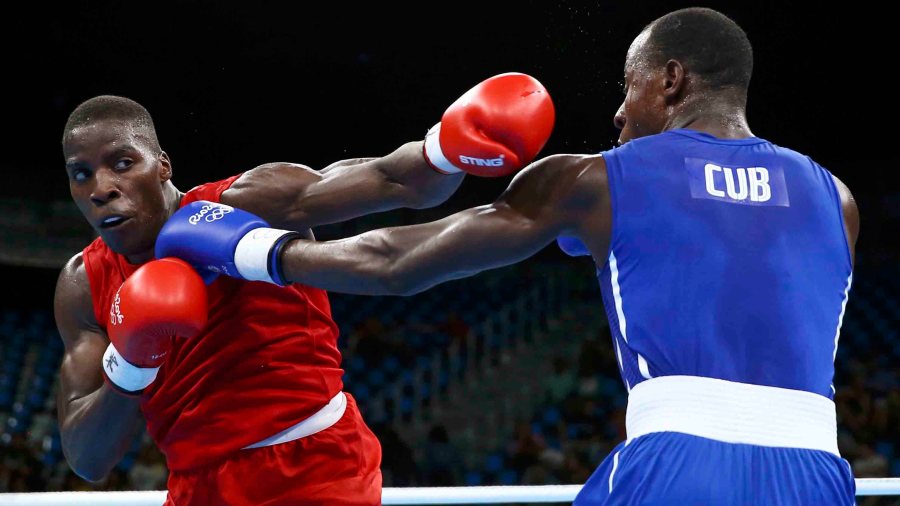 LAWRENCE OKOLIE hardly had an easy introduction to the Olympic Games. His second contest at Rio 2016 pitched him in against Erislandy Savon, the brilliant Cuban who had been one of the most impressive 91kgs in the run up to these Olympics.

The Hackney heavyweight had an uncertain start but pulled himself back into the bout. It wasn’t enough, however, to salvage a points decision.

“Six weeks beforehand I lost by stoppage to him, so then getting him in my second fight in the Olympics, it showed me I had a lot of mental strength, bravery, not to let the position overrule me even though I knew millions of people would be watching, there was a large crowd,” Lawrence said. “It showed me I progressed massively since the last time when I fought him six weeks beforehand. It showed me I’m on an upturn and upwards learning curve, if that makes sense.

“First round [in Rio], I don’t think it was a serious knockdown, but when I was knocked down I felt like obviously, as he stopped me before, ‘Is it not a fluke?’ I had told myself it was a fluke him getting the win. Then I had a choice where I was going to go in that round. Was I going to let this be like the last time I boxed or am I going to show all the stuff I’ve been working on and show what kind of character I am and bounce back? So I thought even in that first round, once I composed myself, I started getting into it.

“I just felt that you know what, I’ve lost to someone that’s just a bit better than me at the moment but I’m on the up.
I feel like if I can make that change in six weeks, another six months, a year, what level am I going to get.”

Though he added, “I hate losing, bottom line. Losing to Savon, losing to whoever, it’s still a loss.”

This was only his 26th contest in his entire amateur career. Okolie knows these now valuable lessons will benefit him. ”Experience is key. When I had been hurt for the first time by Savon weeks before and I didn’t know what to do, it was new territory, I fought hard and ended up ultimately losing by stoppage. I saw that you have to be composed otherwise you’ll end up coming unstuck,” he said. “I want to fight as much as possible.”

Now it’s “back to the bread and butter – boxing”.

His focus though is doing what he needs to do to improve as a boxer. He has learned from Rio 2016. “I feel that, at most, only 13 boxers from the whole of Great Britain can even go to the qualifier let alone the Olympics,” he said.

“I didn’t get a medal or anything like that but I’m still happy with the overall experience.”