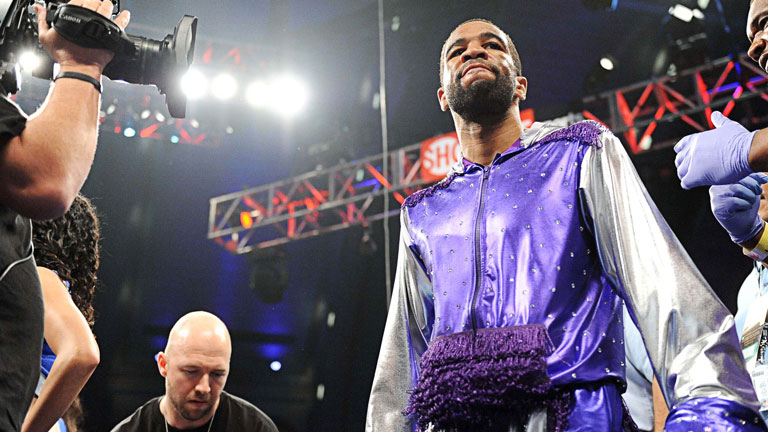 LAMONT PETERSON is preparing for David Avanesyan in a 12-round matchup that serves as the co-main event of SHOWTIME CHAMPIONSHIP BOXING Saturday, February 18 from the Cintas Center at Xavier University in Cincinnati.

“I’m going through a full-blown training camp and I’ve had a lot of energy. I think the strength will be there too but I’m an energy fighter. I like to put pressure and use my energy. Look for an improved Lamont Peterson,” he said. “People are going to talk a lot about my layoff but honestly that only affects people who aren’t always in the gym. I have been in the gym working hard this entire time. I’ve been working on my craft. I got better and you’ll see on February 18.

“I have no concern about ring rust. It’s not even a thought in my head. I would be shocked if that was a problem for me.”

On his next opponent, Peterson said, “Avanesyan is a pretty good fighter. He keeps his hands up high, so even though he’s there to be hit, it doesn’t mean I’m going to get good clean shots. It should be a good entertaining fight and a good first step at welterweight for me.”

Lamont remains ambitious. “Big fights are what matters to me. When you’re coming up it’s all about winning a title. Having fought for 12 years, it doesn’t matter to me as much. The way I’m looking at is, if I get this win then I’m the No. 1 contender for the belt,” Peterson said. “You never know what the right time is to move up in weight, but the time is now for me to move up to welterweight and I’m happy about it. Making 140 pounds was getting tough. I think it hampered my performances a bit and that let us know it was time.

“I’ve been wanting to move up but it seemed like my opportunities were down in weight. Now I’m ready to mix it up with the best guys here.

“For me, it’s all about the joy of getting in the ring and competing. I want to do it at the highest level and I’m looking forward to getting big fights.”