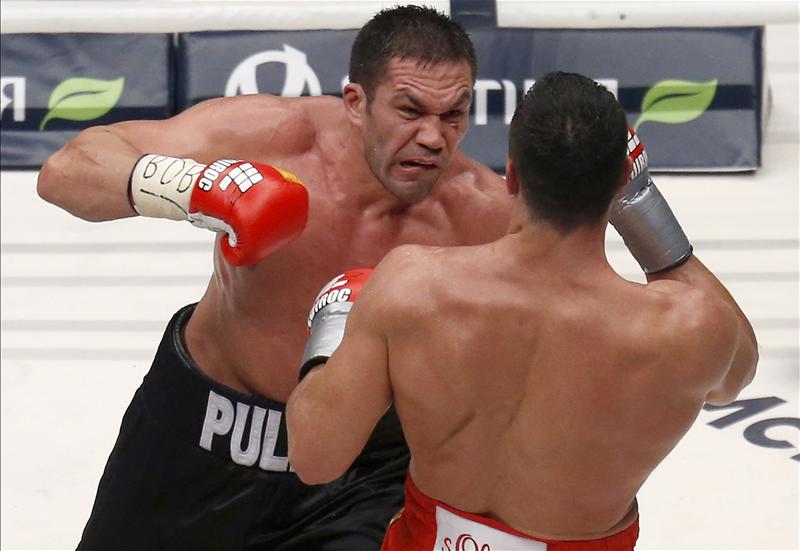 Kubrat Pulev will fight in his native Bulgaria

Joshua will defend his belt against unfancied Eric Molina on December 10 in Manchester, though his promoter Eddie Hearn claims Pulev turned down several offers.

With Joseph Parker fighting for the vacant WBO world title on December 10, Pulev will move to No 1 in the IBF rankings and, perhaps, would rather wait until he becomes mandatory challenger before he fights Joshua.

However, there will be an obsure WBA title on the line against Peter, meaning Pulev is likely to be removed from the IBF rankings altogether. The WBA title is currently vacant, though – should he beat Molina – Joshua is slated to fight for it against Wladimir Klitschko in the first third of 2017.

For now, he will fight 36-year-old Peter, a former WBC world champion who ended a two-year hiatus last month. The hard-hitting Nigerian has lost to both Klitschko brothers, though had Wladimir down three times in their 2010 fight.

‘’I am very happy to get the chance to fight in Bulgaria,’’ Pulev said. ‘’I have been waiting for this moment for a long time. There are many people in Bulgaria who have wanted to watch me fight, but couldn’t afford to travel, so it will give me great pleasure to finally fight in front of my home fans.

‘’Peter is a good fighter and a former World Champion and a dangerous puncher but I believe I am the better boxer. I will train harder than ever, and with the support of the Bulgarian people I am sure I will win in spectacular style!’’

Pulev’s younger brother, Tervel, will make his professional debut on the undercard as a cruiserweight. The 33-year-old won bronze at London 2012.