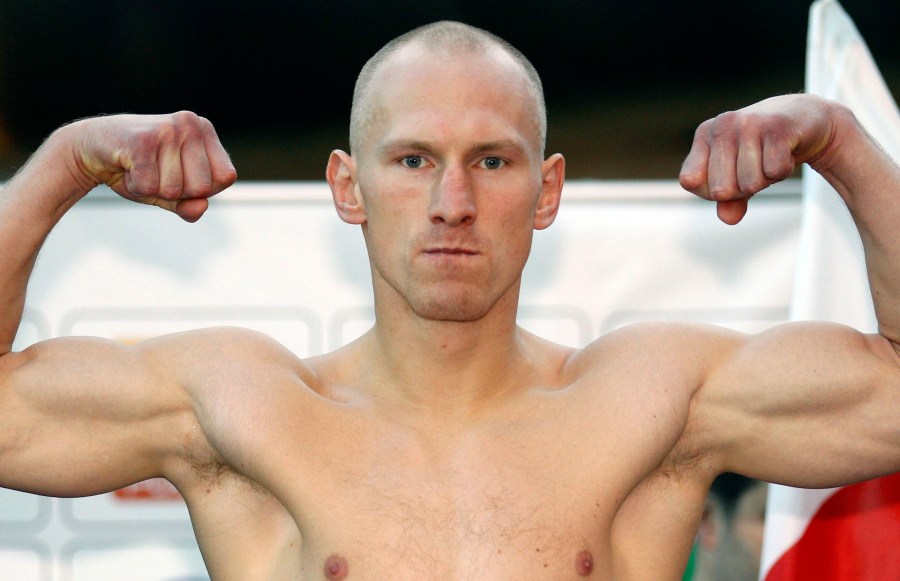 MOSCOW’S Dynamo Palace of Sports in Krylatskoye hosts two world cruiserweight title contests on Saturday September 27, both pitting a Russian against a Pole.

Two-time world ruler Wlodarczyk, 33, has not lost since dropping a decision to Steve Cunningham in May 2007 – a man he outscored six months previously. He has since stopped Danny Green, Rakhim Chakhkiev and Giacobbe Fragomeni (twice).

After being stopped by Firat Arslan eight years ago, Drozd, 35, regrouped to secure EBU honours with a spirited stoppage of Mateusz Masternak last October, and made short work of outgunned Jeremy Ouanna in March.

This one is likely to be an all-action tear-up, with both bangers having their moments. Drozd possesses a good engine and can box as well as brawl, but Wlodarczyk has top-level experience. The robust champ can force the referee’s intervention late on.

Lebedev’s April rematch with Guillermo Jones was cancelled following the Panamanian’s failed pre-fight drug test. The 35-year-old lost his WBA strap following a knockout loss to Jones in May last year, but was reinstated as champion when his conqueror tested positive for a banned substance post-fight.

Lebedev’s only other reverse came against Marco Huck, while he holds wins over Roy Jones Jnr and James Toney.

Tall Kolodziej, 34, has not met anyone near Lebedev’s level. He was floored in the opening session by then-14-7-1 Prince Anthony Ikeji in November, before recording a stoppage success.

The step-up in class will likely prove too much for the challenger, who may not make it to the final bell against his heavy-handed adversary.