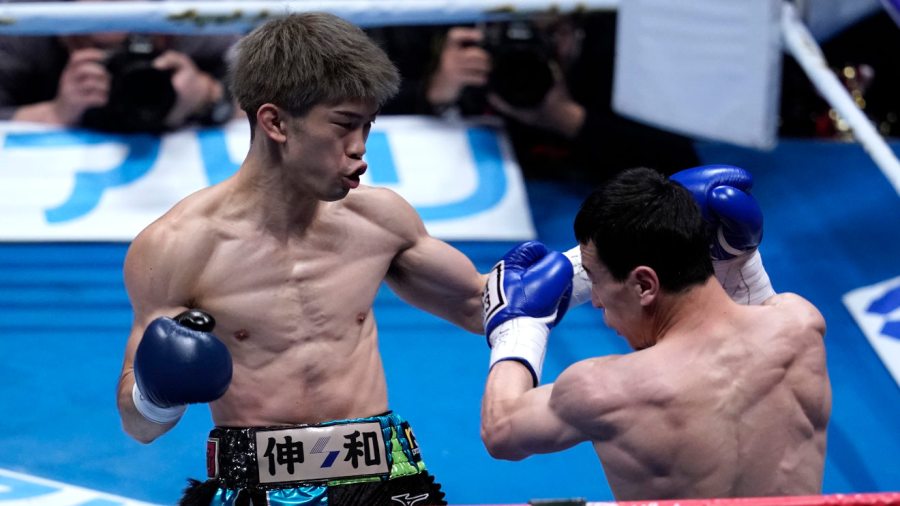 YOUR typical music anorak lives a devoted existence. Trawling through vast swathes of rare vinyl at their local record store, they endure the aural effluent of the industry’s more commercially successful offerings whilst championing their own lesser known heroes. To them quality only sometimes translates into popularity, and in this sense they’re hugely similar to those boxing aficionados who cherish the lower weights. So when a special fighter like Kosei Tanaka emerges, with an immense natural gift and a level of ambition to transcend the little guys’ niche following, boxing fanatics herald their latest star like a treasure trove of Velvet Underground bootlegs.

“I wasn’t aiming for other records after that, but now I’m not completely satisfied with what I have achieved just yet. I want to make more records, and above all, I want to be stronger and defeat many more tough opponents. I want to fight in the USA. I would then love to be a star boxer recognised all over the world. I haven’t become well known or earned big money yet. Besides, I’m not satisfied with myself. I feel that I have the potential to become even stronger, so my motivation doesn’t fade.”

The cult following that Kosei Tanaka has been steadily growing was recently rewarded with news of a veritable super fight, when four weight world champion Kazuto Ioka defends his WBO super-flyweight title against their man on December 31. The match up is so perfectly poised that many are awaiting its outcome before declaring who their Fighter/Fight/KO Of 2020 will be. Ioka himself has added some spice to the occasion by dismissing his opponent publicly, claiming that he “never paid attention to him” and that he’ll “show the difference in levels between him and I”. Tanaka, however, refuses to be drawn into a war of words, instead remaining respectful yet coolly confident as he attempts to match his opponent’s record of world titles in four different weight classes.

“It will be an unforgettable fight on New Year’s Eve. I respect Ioka as a professional boxer, I think he’s cool. The fight will be challenging but I have confidence for the win. I didn’t change anything about my training to fight in the new division, I can perform my boxing at a high level.”

Such steadfast self-belief is as paradoxical as it is impressive. As a teenager he approached Japan’s former champion Kiyoshi Hatanaka, brashly seeking his assistance to capture world titles before he was even out of high school. And yet as each big fight has approached Tanaka has been forced to manage crippling anxiety, reconciling with his nerves in an attempt to turn them into a positive force.

“I’ve always worried before my fights. That’s why I would train very hard and believed that’s the way to be stronger. The more pressure involved the stronger I felt I would become. The fight with Sho Kimura, the three-division champ, was the best. I had massive worry before that match, but I soaked up the pressure and gave it my very best shot.”

Indeed, Tanaka’s victory over Sho Kimura in 2018’s Fight Of The Year didn’t just add a modern classic to his resumé but also catapulted him into the history books, bettering Vasiliy Lomachenko’s phenomenal achievement of becoming a three weight world champion in just twelve professional contests by remaining undefeated. Achieving such a feat at just twenty three years of age would automatically propel any fighter from the more glamorous weight classes immediately into pound-for-pound contention, yet still the Japanese remains on the periphery of recognition for too many. Tanaka himself, however, remains entirely philosophical about the position he finds himself in.

“It’s a pity. However, I think my fights are interesting to watch so I will try to increase the value of the lighter weight classes with a lot of achievements. You must fight with tough guys to become tougher. Sparring is fine, but the most important thing is the experience gained in real fights. I’ve been fighting because I want to be stronger. I believe my fans are looking forward to seeing tough matches, so that’s what I’m doing.”

Of this there is no doubt. The likes of Vic Saludar, Moises Fuentes, Angel Acosta, the aforementioned Sho Kimura, and Ryoichi Taguchi may not be the trendiest of names but for the more discerning fight fan they represent a body of work far greater than that of the more revered fighters from today’s sport. And it isn’t only in the ring that Tanaka has taken on a challenge. Throughout his professional journey he has also balanced boxing with education, gaining a degree in economics from Chukyo University whilst simultaneously developing into one of the best fighters on the planet.

“It was a recommendation from my parents. At the time of graduating from high school my income as a professional boxer would have been pretty small and I would have had to rely on the support of my parents. I took their advice but wanted to show them that I really would be able to live independently with my income as a professional boxer during my time attending university.”

And so to December 31 and a chance to become the WBO super-flyweight champion with victory over Kazuto Ioka. Were he to pull this off Kosei Tanaka will have achieved more than 99% of his contemporaries ever will, and at just 25 years old. So what else is left for him? His answer may be succinct but it epitomizes exactly why his faithful band of fanboys remain so doting.