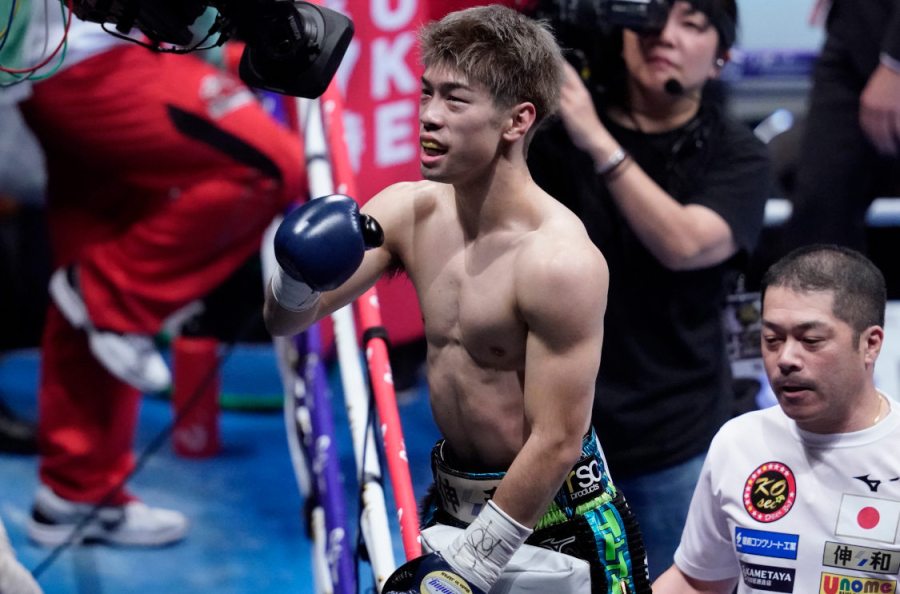 THE year ends with a genuine super fight in Tokyo. On New Year’s Eve, Kosei Tanaka bids to become a four-weight world champion in only his 16th fight by taking the WBO super-flyweight title off Kazuto Ioka at the Ota-City General Gymnasium.

The older of the fighters by six years at 31, Ioka is already a four-weight world champion. He went into the record books as the first Japanese fighter to achieve the feat with a 10th-round stoppage of Aston Palicte (25-2-1) for the vacant WBO 115lbs belt last June. Ioka went on to keep the title  with a points win over lanky left-hander Jeyvier Cintron (11-0).

Ioka-Cintron was 12 months ago and shared top billing with Tanaka blowing away Wulan Tuolehazi (13-3-1) in three rounds in a defence of his WBO flyweight title. Tanaka had the Chinese challenger down for a couple of minutes with a three-punch combination.

This is a huge fight in Japan.

Ioka has been dismissive of Tanaka in the build up. He says he doesn’t remember a sparring session between them years ago and claims to be unimpressed by what he’s seen of Tanaka.

Tanaka looks a smooth and composed technician who possibly makes fights harder than they need to be. He has moments where he forgets to move his head and feet, takes a shot or two and then goes looking for the last word. That was how his 2018 fight-of-the-year contender with Sho Kimura (17-1-2) unfolded. The story of that one was that Tanaka’s punches had more effect on Kimura than Kimura’s punches had on him. Tanaka has been dropped twice, by Vic Saludar (11-1) and Rangsan Chayanram (14-0-1), but both times, he got up to win.

Only Amnat Ruenroeng (12-0) and Nietes have beaten Ioka in 27 fights and both were split decisions. Following the loss to Nietes, Ioka announced his retirement before having a rethink and he was paired with Palicte for the WBO belt vacated by Nietes. Ahead on points after nine rounds after using his in-and-out feet to win rounds, Ioka got the stoppage in the 10th, jumping through the gears quickly to blast the Filipino out of the fight after stunning him with a right hand. Ioka was then able to walk down the taller Cintron in his first defence. The champion is a smart, hard-to-hit veteran and after Palicte and Cintron, he will presumably be glad to be fighting someone around his own size, 5ft 5ins tall.

Tanaka is untested at 115 lbs and he looks easier to hit than Ioka, but once he’s in his rhythm and both his feet and fists are flowing, Tanaka looks some fighter and we go for him to win on points.