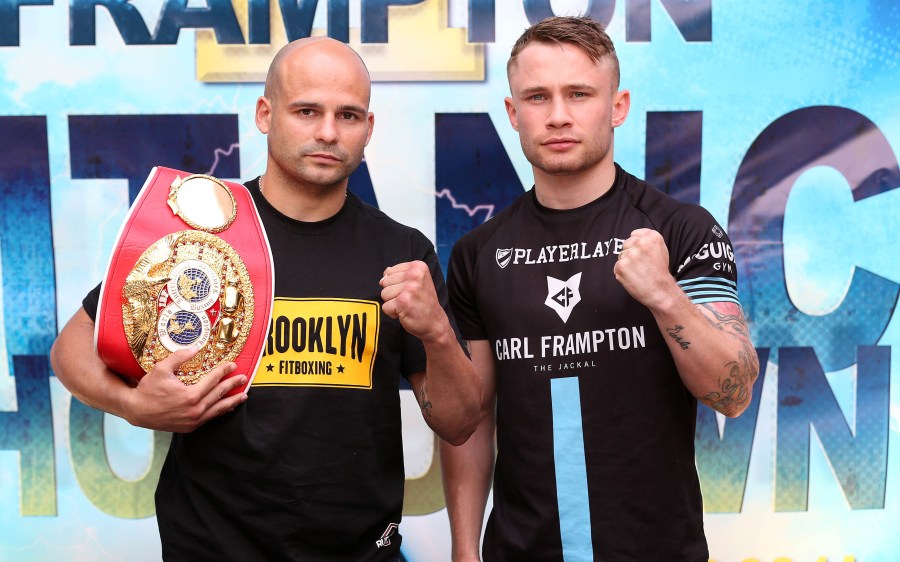 ‘TITANIC SHOWDOWN’, headlined by Kiko Martínez and Carl Frampton battling it out for the IBF super-bantamweight title, will be broadcast live in China and Brazil on September 6. The event takes place at a purpose built outdoor arena in Belfast’s historic Titanic Quarter.
In what is likely to be an explosive rematch, Frampton will compete in front of his adoring home fans and it is now official that “The Jackal’s” first world title fight will be broadcast to millions of boxing fans live in China and Brazil, as well as tape delayed in Japan. Speaking about the global broadcast for his forthcoming bout, Frampton seemed hungrier than ever to get his hands on the world title belt: “It’s simply fantastic that this fight will be going out to so many people globally. China is an untapped market for Boxing and the sport is growing at a phenomenal rate over there with Manny Pacquiao having recently fought in Macau and more shows planned.
“It is testament to the excitement of the first fight between myself and Kiko that there has been such interest in this contest. I have worked so hard throughout my career to get to this point and I can’t wait to box for and win the world title in such a unique setting and in front of my home fans, the best fans in the world.”
Cyclone Promotions CEO Barry McGuigan echoed Frampton’s sentiments about the huge outdoor arena show. “This is a global event. ‘TITANIC SHOWDOWN’ on September 6 will be the biggest boxing event Belfast has ever seen in terms of the global interest it has generated. It is going to be such an exciting show, I believe that Martínez-Frampton will be one of the most exciting world title fights you will see this year.”