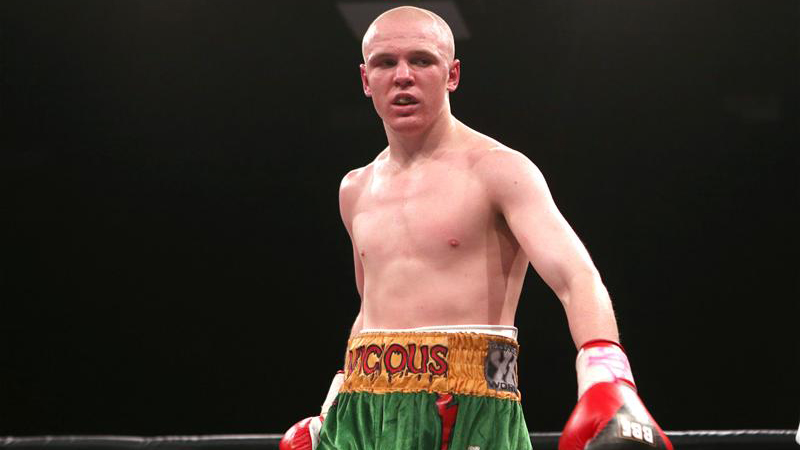 George Gigney speaks to Kieran Farrell about his special award

KIERAN FARRELL was given the Special Achievement Award by the British Boxing Board of Control. After suffering career-ending injuries in his 2012 fight with Anthony Crolla, Farrell moved into training, management and, more recently, promoting. He has found success in all three, hence the recognition from the Board. However, memories of that night against Crolla were once again brought to the fore when Mike Towell was hospitalised after his recent bout with Dale Evans and tragically passed away afterwards. Farrell spoke to us about receiving the award and how he took the news of Towell’s passing.

How did it feel to collect the Special Achievement Award?

I received the BEM from the Queen earlier in the year and I’m not saying this is better, but to be recognised by your own people, the boxing family, it’s really nice and it was totally unexpected. It’s funny, I went there thinking I’d just go for a night out with my missus, the first night since she had the baby where we had a night out. It came by surprise. Rob Smith rang me asking if I could go, it was like he wanted to tell me something but he couldn’t. I had Nathan Wheatley on the Anthony Crolla undercard, so I needed to be in Manchester for the weigh-in [which took place on September 23, the same date as the awards night in London].

Rob mentioned me in a speech at the start [of the ceremony], and my missus joked that all I was was a part of his speech. Then they started talking about the award and saying, ‘This lad won 14 fights, only lost once’ and all this, and I thought, ‘This sounds familiar.’ Then they said my name and it took me surprise. I’m not the best with words, so I kept it short and sweet. I welled up a bit, had a lump in my throat just to be recognised by my own people.

How is the promotional side of things going?

Really well… I’ve had lots of other lads from other areas and from amateur gyms ready to turn over getting in touch with me.

Your last event was at the Bowlers Exhibition Centre in Manchester, which was the first time you’d been there for boxing since you fought Crolla. What was that like?

I’ve not been to a boxing event there since I was stretchered out of the place. To be honest, I was sat there watching the first fight and it was Bilal Rehman against Billy Parker, and Bilal almost took his head off. I put the video on YouTube, it was a huge punch. I was commentating on the fight because I had 10 minutes free, and he almost took his head off and I thought, ‘F*****g hell.’ It put me down a bit, I thought what was meant to be a good night was off to a really bad start [Parker was fine]. It’s just one of those things with boxing, it’s like with Mike Towell dying. It’s so sad. I had some people talking about it the other day and they were trying to blame people, and I said, ‘Are you f*****g serious?’ They took a bit of offence to it. It’s wrong to point the finger at anybody when it’s a sport like this.

It’s not really in the back of your head [when you’re fighting]. You know it can happen but you don’t think about it when you’re getting into the ring. You could be crossing the road and get hit by a bus.

What was your reaction when you heard the news about Mike Towell?

You can’t say it’s a common thing, but it’s a recurring thing for me obviously. When I heard the news, obviously it was devastating, and then I realised he was fighting Dale Evans, who’s a good kid, and I thought he must have been a decent fighter if he was at that level. So I started doing a bit of homework, I watched a few of his fights and the interview he had just done after he weighed in. He said he’d done the hard part and that, but it sounded like he was struggling to speak a bit. When I watched my own interview before I fought Crolla, I was speaking fast but I was slurring words. With me, I could have said I had headaches and that but I still got in the ring the same as Mike Towell. It’s all well and good pointing to the aches and stuff in hindsight, there’s nothing we can do about it now. It’s done and dusted. It’s a sad time for his family and they’re the ones who’ll suffer for it.

What do you make of the calls to have boxing banned?

The British Boxing Board of Control in particular can’t make it any safer, they do assessments and everything. I didn’t have a check weigh-in before the Crolla fight because I was in Belfast, but if I did even though I was heavy I would have got my weight down just for that day – boxers can always cheat the system. But people calling to stop boxing? It’s just stupid.