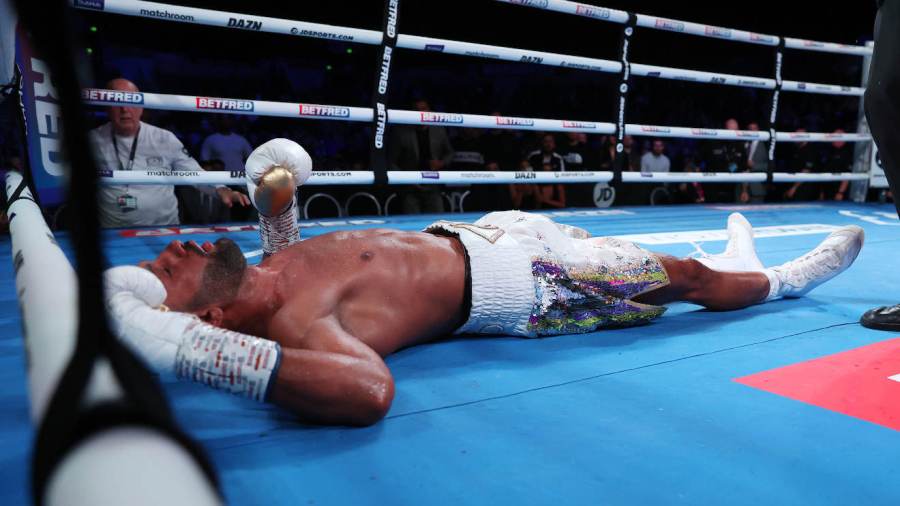 It's a rough night for home favourites Kid Galahad and Terri Harper, as Kiko Martinez and Alycia Baumgardner triumph in unexpected style in Sheffield

Hometown fighter Kid Galahad should not have struggled with Kiko Martinez. The Spaniard is a veteran and, theoretically, was winding down his long career. Galahad started well enough too, outjabbing Martinez, bombing a right through the middle and shifting stance from orthodox to southpaw.

But Martinez absorbed Galahad’s shots and tracked after the Sheffield man, making the local boxer look increasingly uncomfortable. The visitor was looking to land his overarm right. At the end of the fifth round he found it. The hook blazed across Galahad’s chin and dropped him heavily. He was lucky time was running out and he made it through that session. The bell however hadn’t saved him. Galahad hadn’t recovered. Martinez came in and blasted him with the same shot, leaving Galahad flat on his back, out of the contest six seconds into the sixth round. The homecoming turned into a disaster.

Martinez seized the Briton’s IBF featherweight belt. “It may be a surprise for everyone else but not for me,” he said. “I’ve been prepared for this and working really hard.

It was meant to be a celebration of Terri Harper too. The Doncaster fighter was returning to action after a year out recovering from injury. But Alycia Baumgardner tore up the script and tore away the WBC super-featherweight belt.

The American looked excellent jabbing quickly to the body in the first round. Harper powered forward, looking to land big shots of her own. But the power was with the American. She countered Harper with strong backhand shots. She struck hard with that punch in the fourth round. Terri was out on her feet, standing but defenceless. Referee Mark Lyson did well to intercept a left hook that could really have hurt Harper and end it 23 seconds into the fourth round.