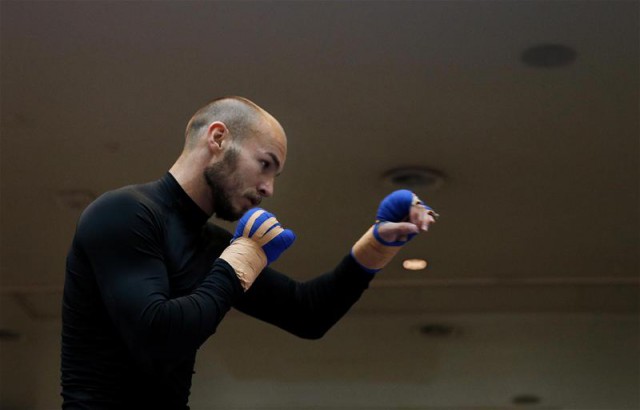 KEVIN MITCHELL, who hopes to challenge for the WBC lightweight title after January’s victory over Daniel Estrada, gave us an insight into what he might do in a given training day during his preparations for a fight. “The other day we did 15 five-minute rounds – circuit training with bags, punching, padwork – with a 30-second breather. In the morning we did a six-mile run, before that we’ve done sprints with a sledge tied behind us. You sprint up the hill with 40 kilos. Six of them, about 200-metre sprints, with the sledge it probably takes us about two-and-a-half minutes, it’s on gravel, mud, it was hard. Then we ran six miles,” he said.
“We had a sleep in the office in a sleeping room. Then a two-hour break and then we’re back in and did 15 [rounds], then groundwork, a strength circuit, all sorts.”