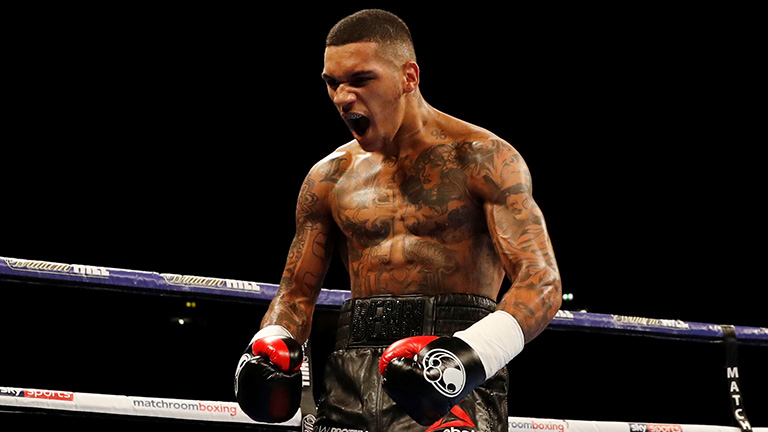 THERE’S an all-British battle at welterweight looming between prospects Josh Kelly and Conor Benn, and Benn’s latest victory, as well as Kelly’s trainer’s latest comments, suggest it could happen sooner rather than later.

Booth, meanwhile, coach of Kelly (who is ranked at nine by the WBA and owns the equally spurious WBA international belt) since he turned pro in 2017, was an interested observer at ringside and called any potential fight between the pair “sensational ”.

“Domestic rivalries and match-ups elevate British boxing to another level over and over again,” Booth said.

“What we have here is an exciting young prospect who doesn ’t have the extensive amateur career, but is prepared to learn under the microscope, take the risk, and have these wild dust-ups with good fighters.

Three weeks ago, Kelly, 9-0-1 (6), was held to a draw in a significant step up against American Ray Robinson at Madison Square Garden. It was a low-key affair, as well as a disappointing result, but he will have no doubt taken a lot from the experience.

A higher profile clash with Benn, 15-0 (10), someone whose name will always garner attention, is presumably much more up his street and, moreover, the ideal fight to restore any shine he may have lost against Robinson. Let’s hope it happens.