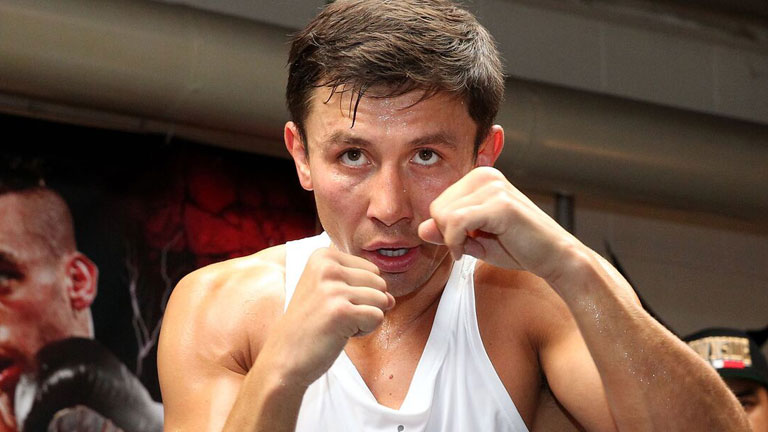 Kell Brook wants to go down in history

KELL BROOK insists fear won’t hinder his performance against Gennady Golovkin on September 10 after he survived a horrific machete attack in 2014.

While celebrating his IBF welterweight title win over Shawn Porter in Tenerife, Brook was attacked by an assailant still at large, leaving him with a huge gash in his left thigh.

The wound required 60 staples and pins in the flesh, and doctors told him afterwards that had he not got to the hospital in time, he may have bled to death.

“Why would I fear Golovkin when I have stared death in the face?” he said. “This is a sport. It can’t compare to something like that in which I almost ended up losing my life.”

Brook will be jumping two weight divisions to taken on the unbeaten Kazakh for the WBC, WBA and IBF world middleweight titles at the O2 Arena in London.

Despite Brook being a hefty underdog, the bout has generated huge intrigue and sold out the venue in 11 minutes.

Brook has already proved his frame can carry the extra poundage when he out-weighed Golovkin at the 30-day check weigh-in, and insists that he will be at his best without a severe weight cut.

“It’s the biggest fight in world boxing. It’s a fight that makes me so excited, I’m the best welterweight on the planet and nobody wants to fight me, it’s the same with ‘GGG’,” he said.

“He’s the best middleweight in the world and they do not want to face him. I will bring speed but we’re also hitting the right numbers with power at the new weight. I’m going to be so sharp, so alive on the night.”

Though he has proved himself one of the top welterweights in the world, Brook and his team feel his struggle to make the weight has hampered his performances and, thus, the world has not yet seen him at his best.

He even went so far as to say middleweight is his natural division.

“Nobody’s ever got the best out of me, I want to test myself and I know that we’ll see the best in me,” he continued.

“I’m excited myself to see what I can do. I always seem to do enough, find a way to win, and it’ll be the same. There’ll be massive drama.

“People go on about weight, Mike Tyson wasn’t the biggest heavyweight and he was an animal. 160[lbs] is my natural weight, it’ll be the best of me. I’m training like a wild horse. I want to go down, like my hero Sugar Ray Robinson, in history.”