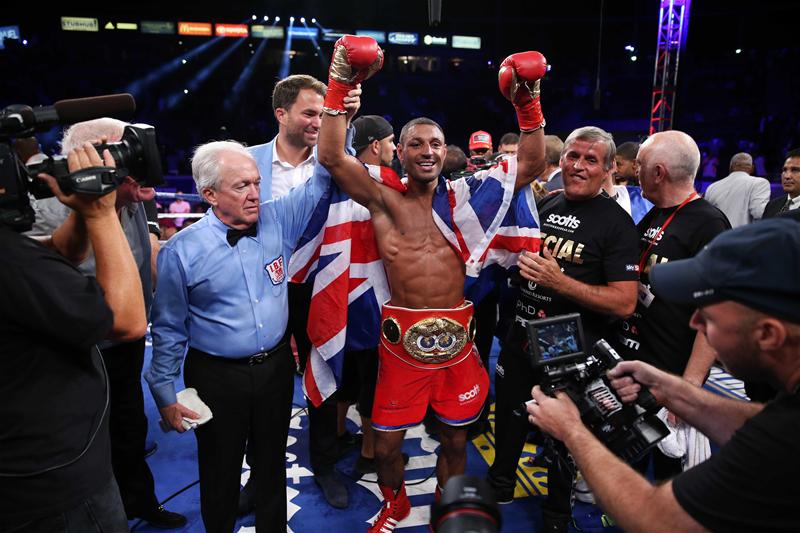 Porter made an aggressive start but Brook was always in the fight, jabbed well and enjoyed clearer moments of success.

“I looked scrappy but did what I had to do,” said Brook, who was cut by the left eye in round two.

Porter’s right eye was cut after a sixth-round head clash and it continued to leak blood as the fight progressed. Porter kept lunging in, hoping to land power shots, but Brook’s work was more composed and smarter. The scores were 114-114, 117-111 and 116-112 for Brook.

“I’ve travelled, the underdog, come over here and taken it off him in his backyard. I always do it.”
Brook then said he hoped for fights with Keith Thurman and Floyd Mayweather. “I was born to do this.”

“I think Amir Khan can get in the queue now. I’m the top dog in England. Everyone in England thought I’d get knocked out by Shawn Porter I came over here and best him.”

For the full Boxing News ringside report, read this week’s issue from Tuesday via www.boxingnewsonline.net/apps