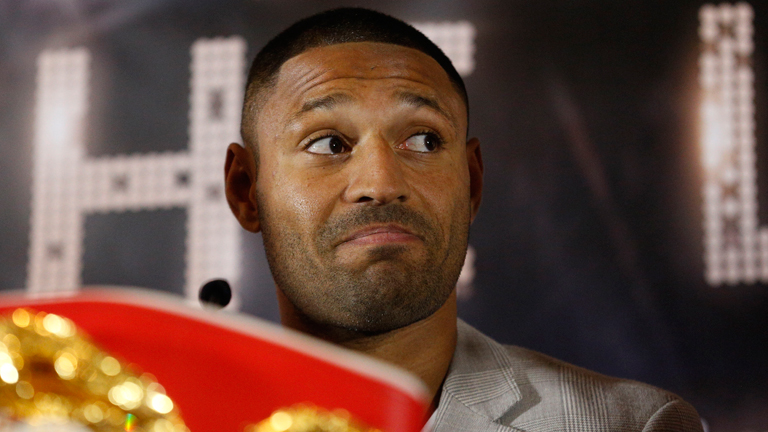 Kell Brook next fight may not be against Amir Khan but could unsung Canadian Kevin Bizier prove a banana skin? Paul Wheeler investigates

Paul Wheeler previews Kell Brook next fight – against Kevin Bizier – in this week’s issue of Boxing News magazine. This is out now on our app and the print version is in stores on Thursday (March 24). Here is an excerpt.

WHEN Amir Khan’s May 7 megafight against Mexico’s WBC middleweight king Saul “Canelo” Alvarez was announced early last month, it came as a huge surprise to everyone bar those involved in the discreet negotiations. Upon its announcement, the fascinating match-up was very well received by fight fans. However, one man who would not have been particularly enthused by the news is Sheffield’s Kell Brook. The undefeated IBF welterweight titlist has long craved a clash with Khan, but has been left waiting once again. Instead of opposing his nemesis from Bolton, Brook must make do with a mandatory defence of his world title this Saturday (March 26) against Canadian pressure fighter Kevin Bizier, 25-2 (17). The 12-rounder, televised live on Sky Sports in the UK, will take place on Kell’s home turf at Sheffield Arena. Matchroom promote the event.

READ THE FULL, EXCLUSIVE PREVIEW, INCLUDING EXPERT VIEWS AND OUR OFFICIAL PREDICTION. DOWNLOAD THE LATEST EDITION OF BOXING NEWS MAGAZINE HERE NOW OR BUY THE PRINT EDITION FROM STORES ON THURSDAY (March 24).