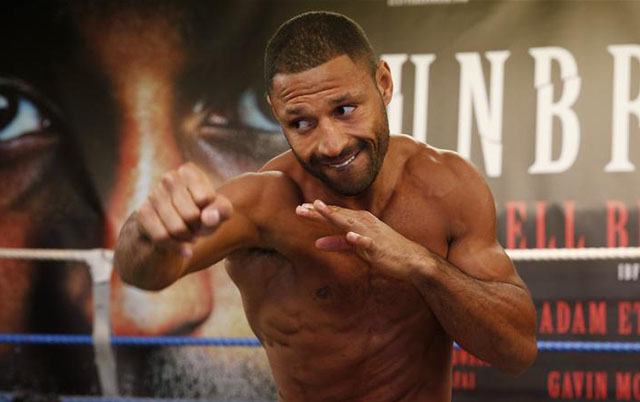 Dominic Ingle says Kell Brook is the best to come out of the Ingle gym, writes John Dennen

A glittering list of champions has emerged from the Ingle gym in Sheffield, Naseem Hamed, Johnny Nelson and more. But Dominic Ingle believes Kell Brook is the best of them.

“He’s probably the best out of the lot,” Dominic said. “I spent a bit time of training Naz. Naz had a bit of power. I think Kell’s a better boxer and got a better variety of shots than Naz. I think Naz knew he could take guys out. There were times when he didn’t exhibit boxing skills but towards the middle of his career when he was defending his title, he’d use a lot more power, neglecting the skill aspects of it. I think that showed when he boxed Barrera.

“Kell’s been developing for a long time. I’ve seen him develop from a 10 year old kid into a world champion. He’s nearly 30 now, he’s probably hitting his peak, maybe another two to three years when he needs to be getting the big fights. I keep saying it, he’s never been in a position where we’ve had to see the best of him. He got rid of [Kevin] Bizier in two rounds. That’s what he had to do. These guys can’t go more than two rounds, or four rounds like Jo Jo Dan. He’s had his mandatory, he had to get rid of him quick to get the big fights. We’re only going to see the best fights against the best kids because he’ll have to pull something out the bag and he’s well capable of doing that. But when he sees an opportunity to take somebody out, he’s not going to stand back and box them for 12 rounds. If I’m being honest I’d say, he’s the best.”