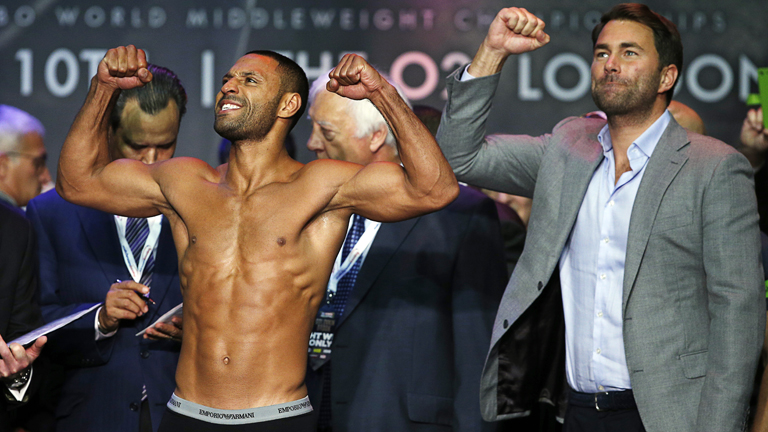 KELL BROOK’S IBF welterweight title fight against elite American prospect Errol Spence could land on May 27 or June 3 in Sheffield.

Brook moved up to middleweight to fight Kazakh terror Gennady Golovkin last September. Kell has now had to recover from a fractured eye socket and shed weight to return to 147lbs and his world title. Spence has impressed as he’s risen through the ranks over the course his early professional career and stands to become a big star in the US.

Brook’s promoter Eddie Hearn will stage the fight in his Sheffield home town. “We’ve put a request in to the council for May 27 or June 3 at Bramall Lane [a football stadium] for Brook-Spence. Just waiting for the capacity to be approved,” Hearn said.

It will be a pay-per-view show, with details on the undercard to come. “The good thing about pay-per-view, it gives me the opportunity to do those other big fights. Because you sort of run out of dates after a while. Each individual fight on a pay-per-view card is a headline. So for instance Eggington against Malignaggi, a great headline in Birmingham but we’ve able to do it [on the Haye-Bellew show] so we’re able to go again on May 13,” Hearn said. “It enables me to make two or three other big fights that I wouldn’t have had the dates to get it on. It enables my stable to grow with big fights.”