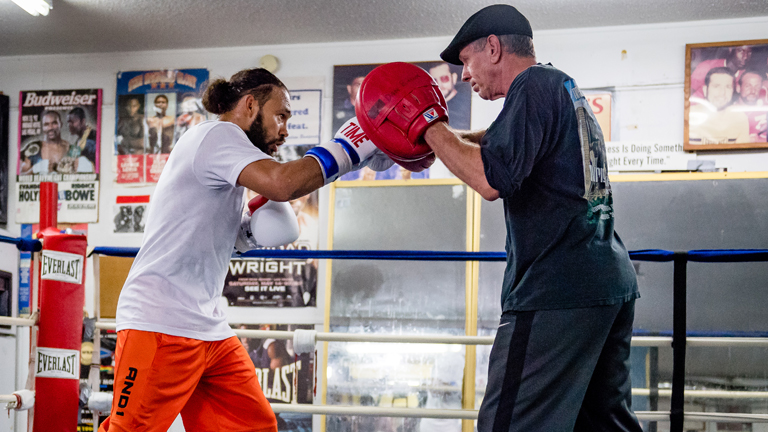 KEITH THURMAN is eager to unify the welterweight division, and is open to the idea of a tournament to achieve that goal.

The 27-year-old defends his WBA 147lb title against Shawn Porter at the Barclays Center in Brooklyn on June 25.

Should he beat Porter, the Florida native will set his sights on the likes of IBF champion Kell Brook, WBO titlist Jessie Vargas and WBC boss Danny Garcia.

“My goal is to be known as the hardest hitting welterweight in the division,” he said.

“My lifelong goal is to be the undisputed welterweight champion of the world – and I have a ways to go in unifying the titles. Once I move past Shawn I look forward to the challenge of making my dreams come true. I’m blessed to be where I am today.”

When probed on the prospect of a ‘Super Six’ style tournament to determine the No 1 welterweight in the world, Thurman was on board.

The pair were originally supposed to meet earlier in the year, though the fight was postponed after Thurman picked up some minor injuries in a traffic accident.

The likeable Americans are two of the most exciting, and talented, operators in the division and ‘One Time’ is expecting a memorable encounter.

“This camp, if anything, I feel more comfortable. I’m fully recovered, sparring, training.  I’ve been throwing power punches for what seems like forever and it’s a little weird. I can’t help but think about how this is my 20th year in boxing and knowing the longevity I’ve had. It’s given me a new confidence.”

Brook and Vargas are expected to meet in a unification fight this summer in Sheffield, while the winner of Thurman-Porter will need to face mandatory challenger David Avanesyan, who recently outpointed Shane Mosley.