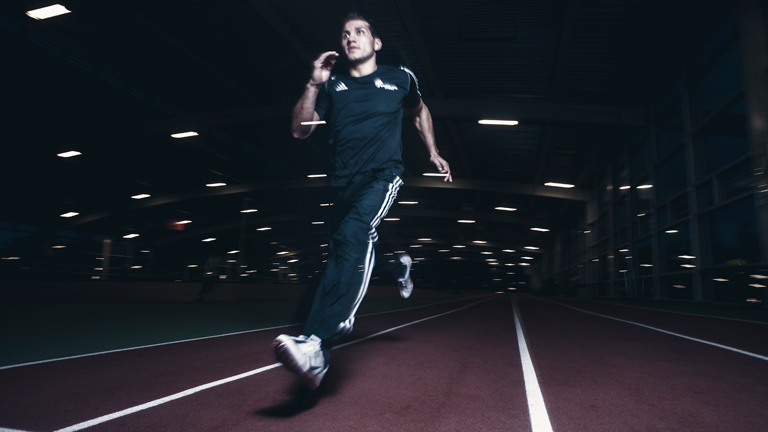 ONE of the most controversial events in boxing history took place on November 25, 1980, when Roberto Durán conceded his WBC welterweight title in the eighth round to challenger Sugar Ray Leonard. Durán said he quit because of stomach cramps, but sports writers have speculated that Durán stopped fighting because he was being embarrassed by Leonard. Duran allegedly told the ref, “No más” (which in Spanish means “no more”): Durán simply may not have been in shape to go the distance with Leonard.

Punching power is certainly a key athletic quality in boxing, but a less powerful athlete who has superior endurance can win by outperforming their opponents in the later rounds. It’s one thing to punch hard for a single round – and in the case of Mike Tyson often only one round was enough – but to maintain powerful striking power for an entire match takes superior endurance.

The challenge for a boxing coach is to determine what type of endurance is needed to perform at maximum capacity every round and also the best way to train for this endurance. Certainly an individual who can run a marathon in under three hours has endurance, but it’s not the type of endurance that transfers well to the ring. For this reason, rather than using general terms such as aerobic or anaerobic, it’s more useful to talk about conditioning as energy system training.

In boxing, a round generally lasts more than 120 seconds, so it’s natural to assume that the sport primarily uses the intermediate energy system. Not quite, as there are many breaks and moments of lower activity that allow for recovery.

For program design purposes, the way to classify boxing is that it has a 3:1 work-to-rest ratio, with a 3-minute round followed by a one-minute rest. However, short breaks often occur in each round, and this recovery reduces the contribution of the intermediate- and long-term energy systems.

The long-term energy system is not the predominant system in boxing, so I train it only in small amounts as a method of recovery. Boxers often do too much long-term energy system training, which has the effect of reducing their punching power, compromising their immune system, and, according to a 1990 study on American boxers, could be directly associated with overuse injuries in boxers.

Generally speaking, I have my fighters perform some form of specific energy system training four times per week for about 45 minutes, which includes a warm-up and also a cool-down period, at least five minutes each. I do not include stretching as part of the cool-down. I have found better results in having my fighters stretch several hours after an energy system training session, as it is difficult for them to stretch immediately after such training. Also, I have my fighters stretch at the gym, not at home, to ensure the work gets done.

As for the content of these energy system workouts, I favor repeat sprints of 40 meters because these shorter distances enable these athletes to produce a high level of intense activity. There are also many studies, such as one published in the July 1994 issue of Metabolism, showing that short, high-intensity interval training is a superior method of achieving fat loss compared to the other types of energy system training.

The longest distance I have a fighter run is 400 meters, which uses 20 percent short-term, 40 percent intermediate, and 40 percent long-term energy system. However, running is not the only way to train the energy systems. I also have fighters perform interval training with the heavy bag, with varieties of work/rest ratios (such as 10 seconds of work followed by 30 seconds of rest).

Another form of energy system training I like is strongman. These events not only train the first two energy systems but also can significantly increase a fighter’s strength. Among the various strongman activities are flipping heavy tires and carrying heavy weights in each hand in an event called the farmer’s walk. The farmer’s walk was a favorite of Yuriorkis Gamboa. I would have him carry weights equivalent to double his bodyweight for distances of 40 meters.

Having superior endurance will not ensure success in the ring, but all things being equal, boxers who can maintain a high level of performance every round have a definite advantage over those who rely on their punching power to end fights quickly.