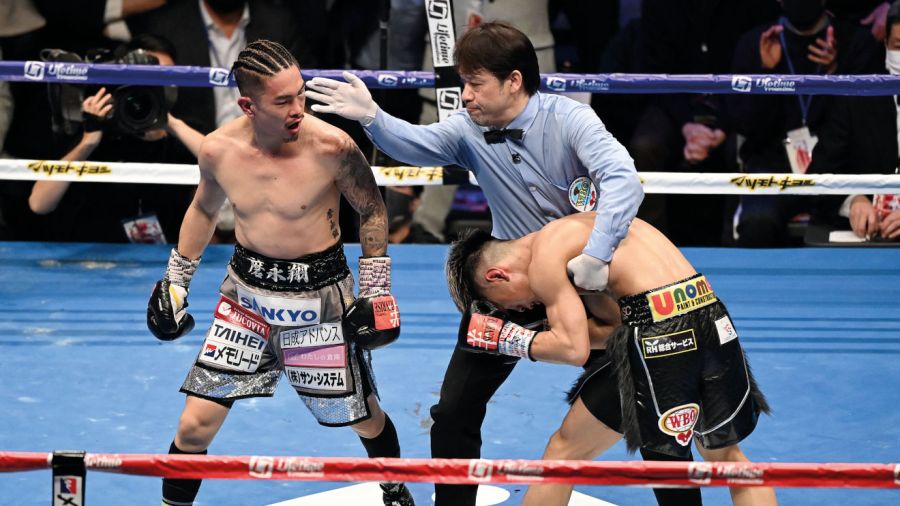 We have to wonder how Kazuto Ioka would fare against the Gonzalez-Estrada winner, Jerwin Ancajas or Srisaket Sor Rungvisai, writes Matt Bozeat

2020 ended with Japanese prodigy Kosei Tanaka having his bubble burst by Kazuto Ioka when bidding to join the classy veteran as a four-weight world titlist in only his 16th fight. The betting favourite was stopped in the eighth by Ioka, who kept his WBO super-flyweight title and improved to 26-2 at the Ota-City General Gymnasium.

Referee Michiaki Someya jumped in with Tanaka badly dazed from a left hook. The same punch had dropped Tanaka in both the fifth and sixth rounds. But this was no slaughter.

It was competitive enough to be a late contender for fight of the year, an absorbing clash between top quality box-punchers and up until the finishing punch, Tanaka was still in the fight.

Though down twice previously and behind on all three scorecards, Tanaka had enjoyed a good seventh and was possibly winning the eighth until the final left hook landed on his chin and left him out on his feet.

Time was 1-35 and fans who watched the fight will wonder how Ioka would fare against the winner of the Roman Gonzalez-Juan Francisco Estrada rematch in March or the 115 lbs division’s other champion, Jerwin Ancajas (IBF). Srisaket Sor Rungvisai is another appealing rival.

The younger fighter by six years at 25, Tanaka was stepping up to 115lbs, but he looked physically bigger, got on the front foot and set out to walk Ioka into the corners and unload combinations.

Ioka was always comfortable under fire, quick to fire back with counters and when he got inside, he kept finding Tanaka’s jaw with short rights

Both had their moments in the opening rounds, though crucially, Ioka was proving harder to hit and making his punches count better.

There was a sequence in the fourth when Tanaka fired off an eye-catching sequence of around 10 shots. Ioka smiled after he stopped punching. He hadn’t proved his chin, he had proved his defences. Replays showed Tanaka had barely landed a blow of his combination and by the end of the round, blood leaked from his nose.

The fifth round was to and fro until the dying seconds when Ioka made his breakthrough.

Tanaka manoeuvred him to the ropes, but Ioka was quicker to the punch. He landed a straight right-left hook that put Tanaka on his back.

Up at ‘four’ and not badly hurt, Tanaka didn’t take any more damaging punches before the bell, but the same punch had him on the floor again with around a minute left in the sixth.

Ioka set the punch up with a couple of jabs and when Tanaka loaded up on a left hook in response, Ioka got there first.

It was a cracking shot.

Again, Tanaka was up quickly, nodded at the referee as he completed the ‘eight’ count and was soon trading with Ioka when the fight resumed.

The closing few seconds actually belonged to the challenger as he forced Ioka, but as was the case in the fourth, Ioka appeared to damage or block most of his shots and seemed content enough as he went back to his corner at the bell.

The seventh was a good round for Tanaka as he got close and banged away at Ioka’s body and the eight appeared to be going his way as well – until there was a repeat of the sequence that resulted in the first knockdown.

This time, Tanaka stayed on his feet after Ioka followed a right by whipping a perfectly-timed left hook onto his chin – but only just.

The punch took everything out of him. His hands dropped, his eyes turned blank and the referee was quick to jump in.

Also on the December 31 show, Daigo Higa, the power punching former WBC flyweight champion now up at 115 lbs, took out Yuki Strong Kobayashi (16-8) in the fifth of a scheduled 12.

Higa put everything into every punch and in the fifth, he found his Japanese compatriot’s chin with a similar punch in the fifth, Kobayashi landed on his back.

Kobayashi was still on his knees with blood dripping from his nose as the count reached ’10’ at the 45-second mark.

Higa, held to a draw by novice Seiya Tsutsumi (5-0-1) in his previous outing 14 months earlier, improved to 17-1-1, with all his wins coming inside the distance.

The Verdict Quality fight as Ioka proves his class.